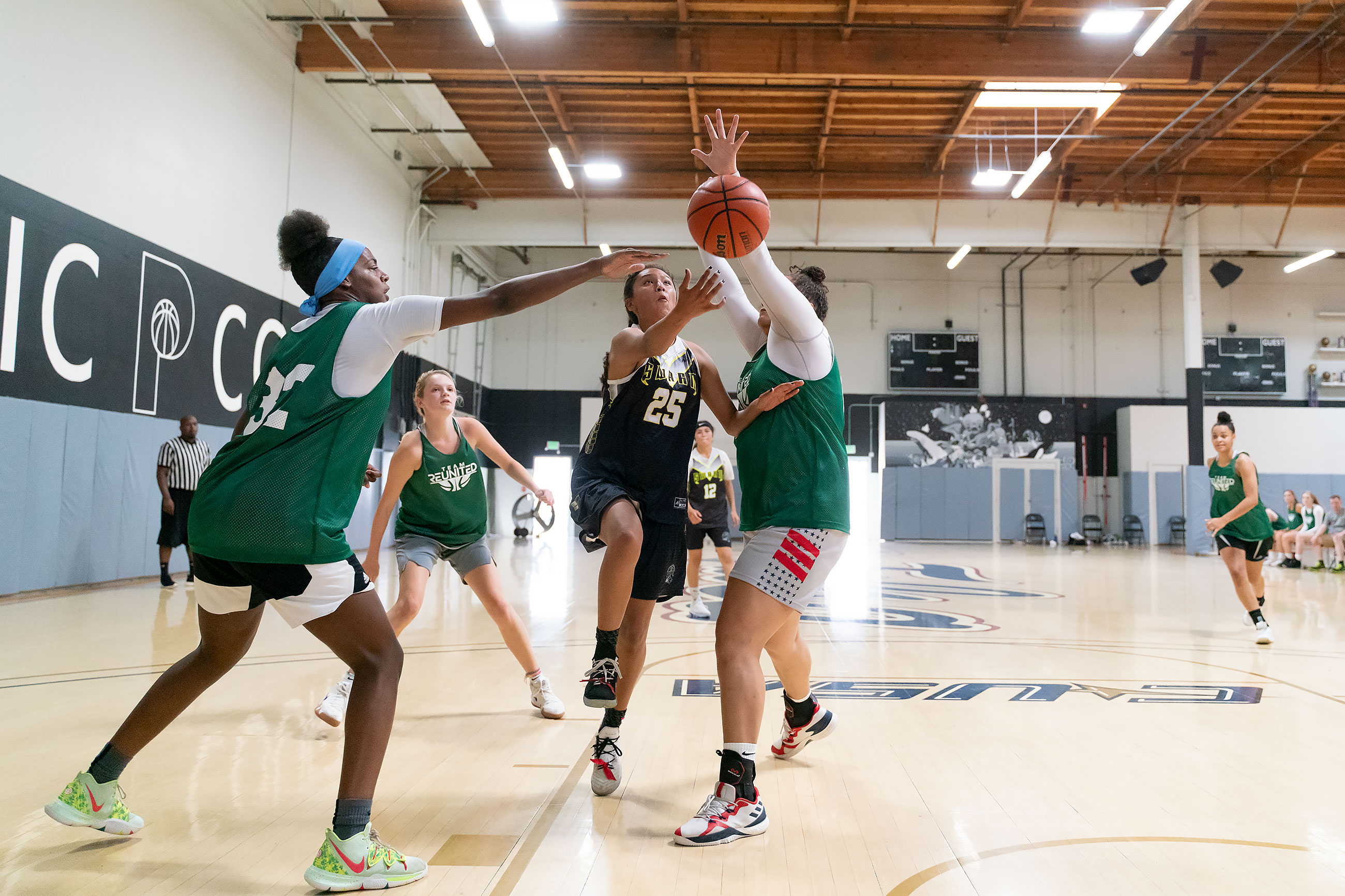 It was a game that should never have taken place, leaving Team ReUnited no way to come out ahead, except on the scoreboard. Pitting a team of strong, high-school upperclassmen against a group of girls who had not yet attended a day beyond 8th grade, the match left spectators feeling embarrassed for the powerhouse Team ReUnited and cheering for the scrappy, underdog Swarm girls.

But the game progressed as expected. After the opening minutes of the game which saw the Swarm keep pace with Team ReUnited by hitting their three pointers, the girls in green began to pull away, and by halftime, ReUnited led by almost 20 points, 42-23.

In the second half, an exhausted Swarm team added only six more points to their total, while ReUnited piled on an additional 30 points. And while the Swarm girls probably benefited from the experience and certainly gained the admiration of everyone in the gym, Team ReUnited took home only a foregone conclusion.

[Please note that I had not intended to photograph this game, so most of the important plays from this game will not be found below. Sorry. – MG]