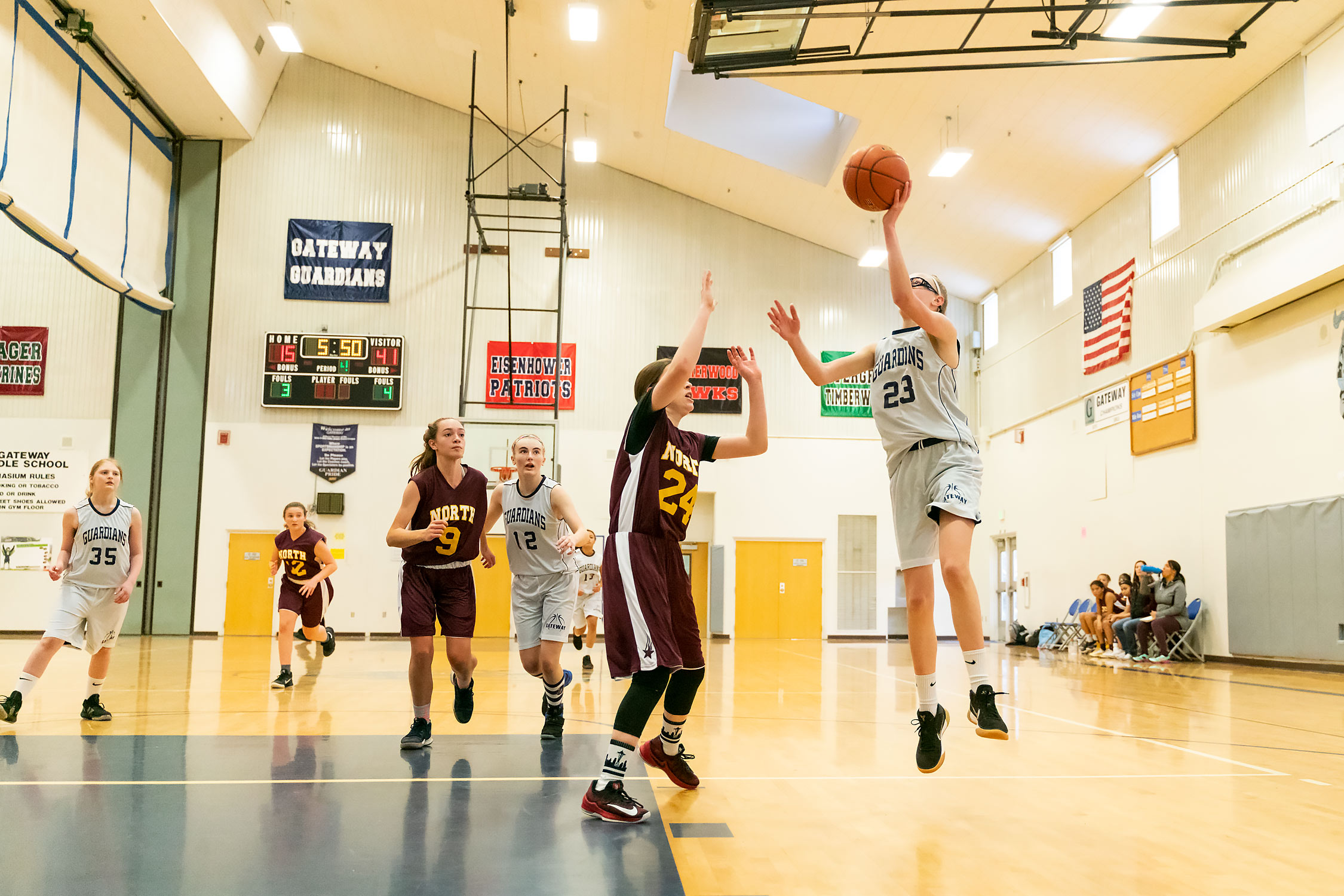 Gateway faced a strong North girl’s basketball team on Thursday after their previous game had been snowed out. Whether it was the days of missed practice or just a run of bad luck, Gateway’s girls had a hard time getting their shots to find the net, even on shots that they’d normally make.

But even if their shots had fallen, it would have been a hard game. North was playing excellent defense, jumping passes, stealing the ball, and blocking shots, all while doing a good job of getting into the paint to make easy shots.

Gateway first got on the board with a three pointer at the end of the first quarter, already behind 15-3, and just before halftime the gap had grown to 18 points, at 30-12. The game was never close, but Gateway did continue to play hard and they made some nice plays on both ends of the court. Final score: 47-23. Winner: North.