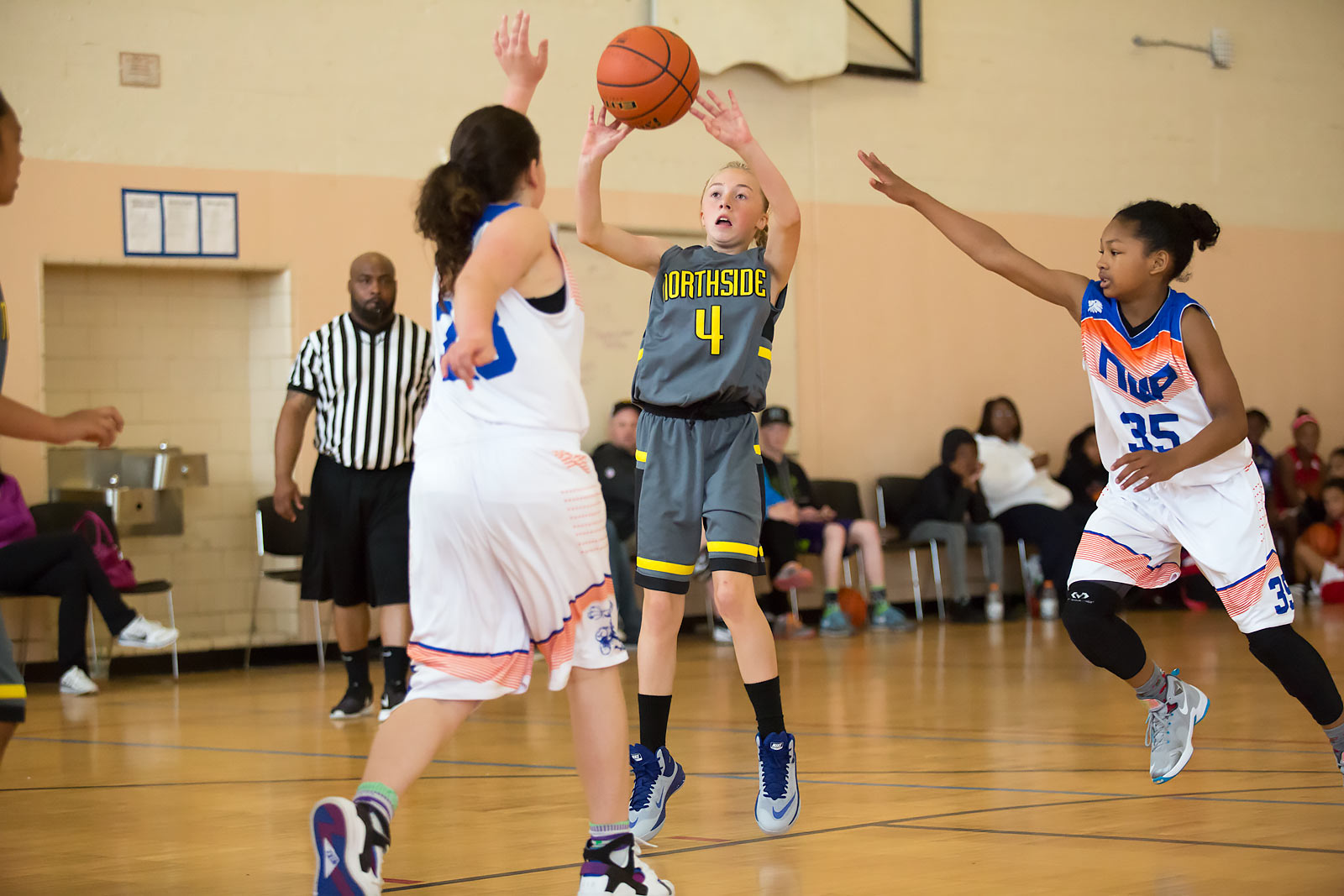 May 23: Northside Swarm vs Northwest Prospects

After a low-scoring first half, the NWP girls maintained a solid lead of 14-9 at halftime. Early in the second half the Swarm came to life, pulling up within three points of a tie, at 16-13. After regrouping, though, the Prospects held them to only two more points in the remainder of the game, winning 27-15.