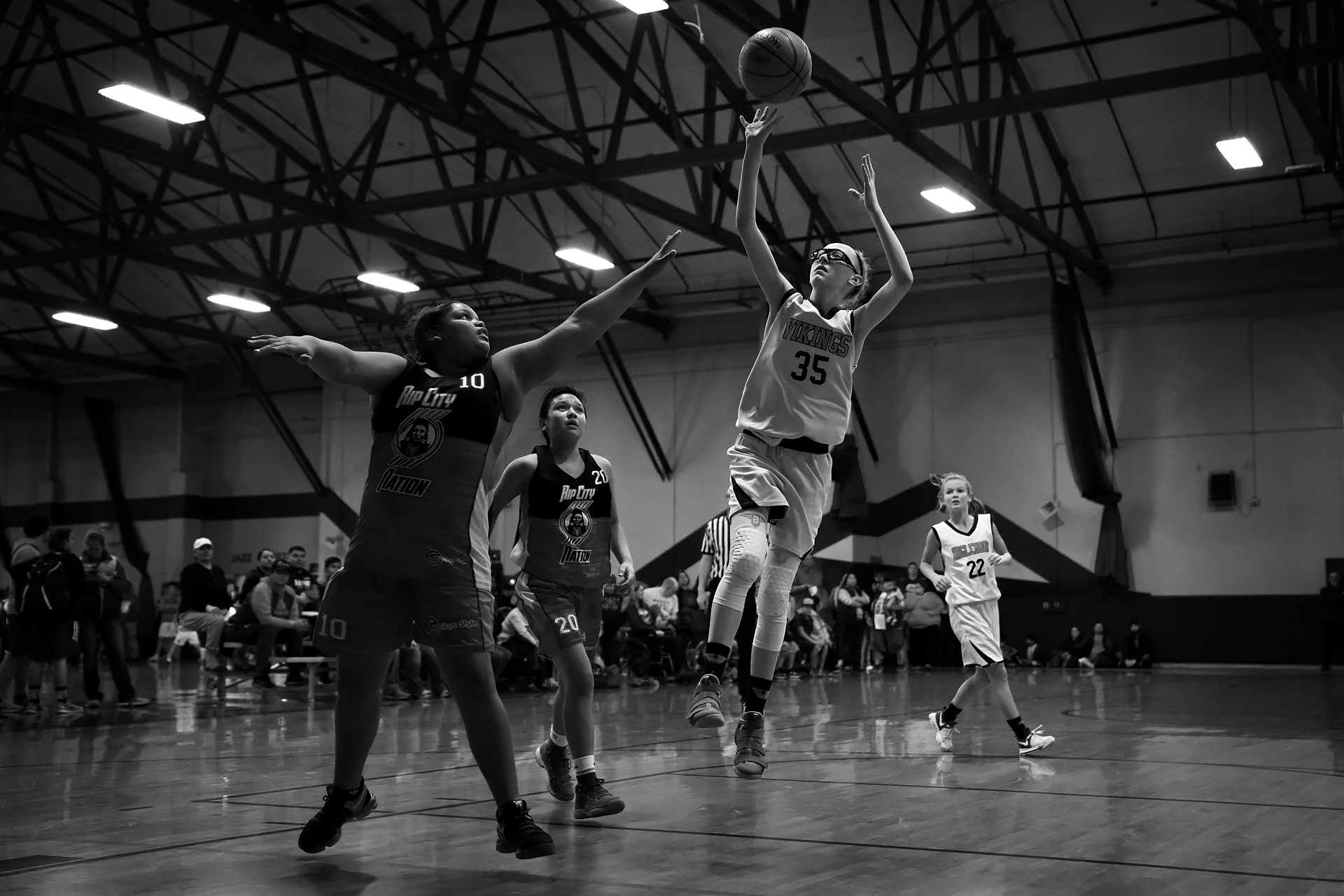 Friday evening, the Vikings and Rip City kicked off the state tournament in the moody light of Spokane’s Warehouse athletic center. It was a physical game, and the referees didn’t even attempt to rein it in. Girls on both sides of the ball grabbed arms, pushed, and fought their way to the net. Inglemoor started out strong, building a 10-5 lead, but the Lapwai girls caught up midway through the half and kept the score close through halftime.

But in a physical game, the larger team has the advantage, and as the game wore on, the Vikings wore down. Though they fought hard to the end of the game, the score became lopsided, with the Rip City Nation finishing ahead, 44-20 for the win.

The Warehouse was the darkest of the venues that I visited during the tournament, which made photos difficult, but when they turned out, some of them look great with the dramatic light.