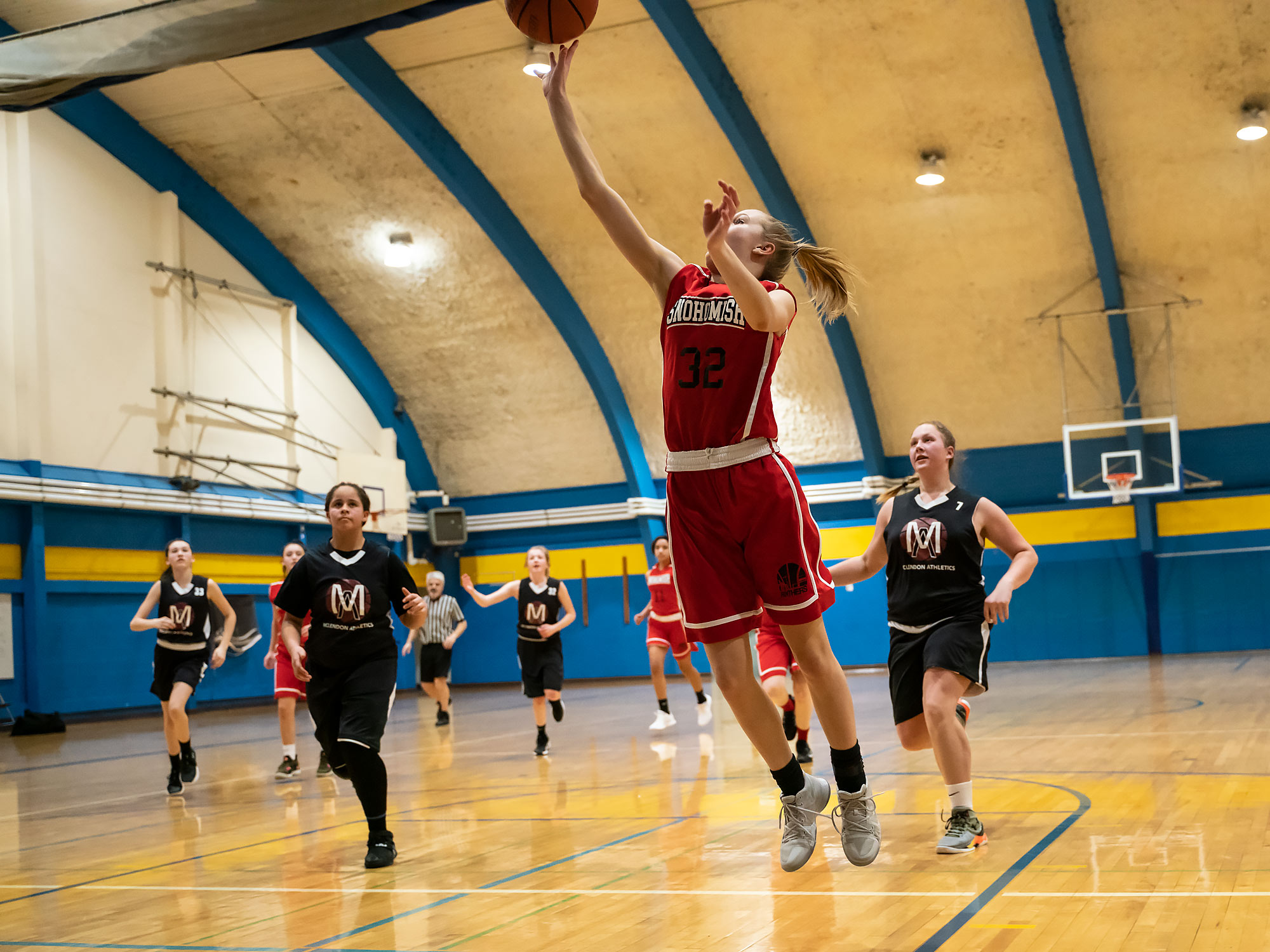 With ten minutes of the game behind them, the McLendon girls held a dominant 6-0 lead over the Panthers, and the game was at risk of turning into a rout. But the Panthers had other ideas.

Instead, Snohomish sprang to life with fierce defense and held McLendon to only two points while they put up nineteen of their own. With only 1:14 to go before halftime, McLendon hit a pair of free-throws and then a shot from the floor to make the score 19-12 going into halftime.

When the second half commenced, the McLendon girls set about cleaning up their game and whittling down the gap, and with the period nearly half over, the game was back within their reach, with the Panther’s lead down to only three points at 24-21.

But with McClendon closing in, Snohomish hit the gas pedal again, and three minutes later, the score was 31-21. Through the rest of the period, scoring remained even, with both teams adding about ten points to their totals, but as the final buzzer sounded, Snohomish remained on top with a 43-31 lead.