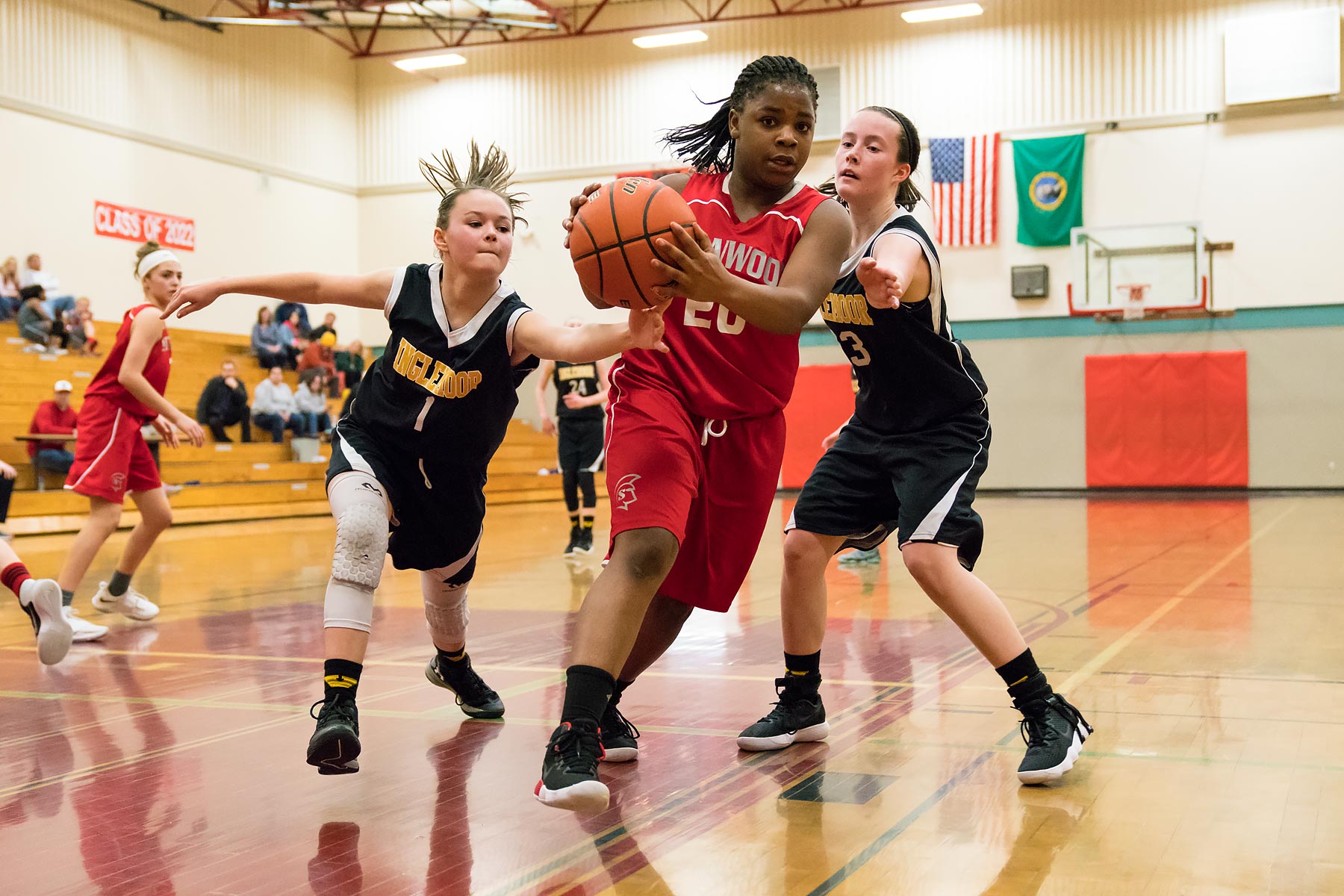 Traveling to Stanwood to play one of the strongest teams they’ve faced this season, the Inglemoor Vikings must have known that to have a chance at victory, they’d have to play their hearts out. That is exactly what they did. In the opening minutes of the game, Stanwood pulled out to a 3-6 lead, but with 2:30 left in the first quarter, the Vikings tied up the game at 8 points each. Inglemoor opened the second quarter with a 14-11 lead which they expanded to 16-11 before Stanwood fought back to a tie at 16 two minutes into the quarter. With a free-throw, the Vikings regained the lead and added another shot from the floor moments later. At halftime, Inglemoor was on top 20-18.

In the second half, Stanwood came out with a new game plan and the tide quickly turned. In less than a minute of play, Stanwood had pulled ahead 21-25, eventually building the lead to 23-33. But the Vikings were not ready to give up, and a pair of three-pointers midway through the half brought the score to 29-35. With their momentum going strong, the Vikings began the fourth quarter with shots from the paint by #1 and #35  to close the score to within a single shot, at 33-35. But Stanwood managed to hang onto their lead, and as the final minutes of the game slipped away, they scored an additional seven points to the Vikings’s two for a convincing win. Final Score: 36-42, Stanwood.

Getting used to a new camera, so the photos here are a little different than usual.