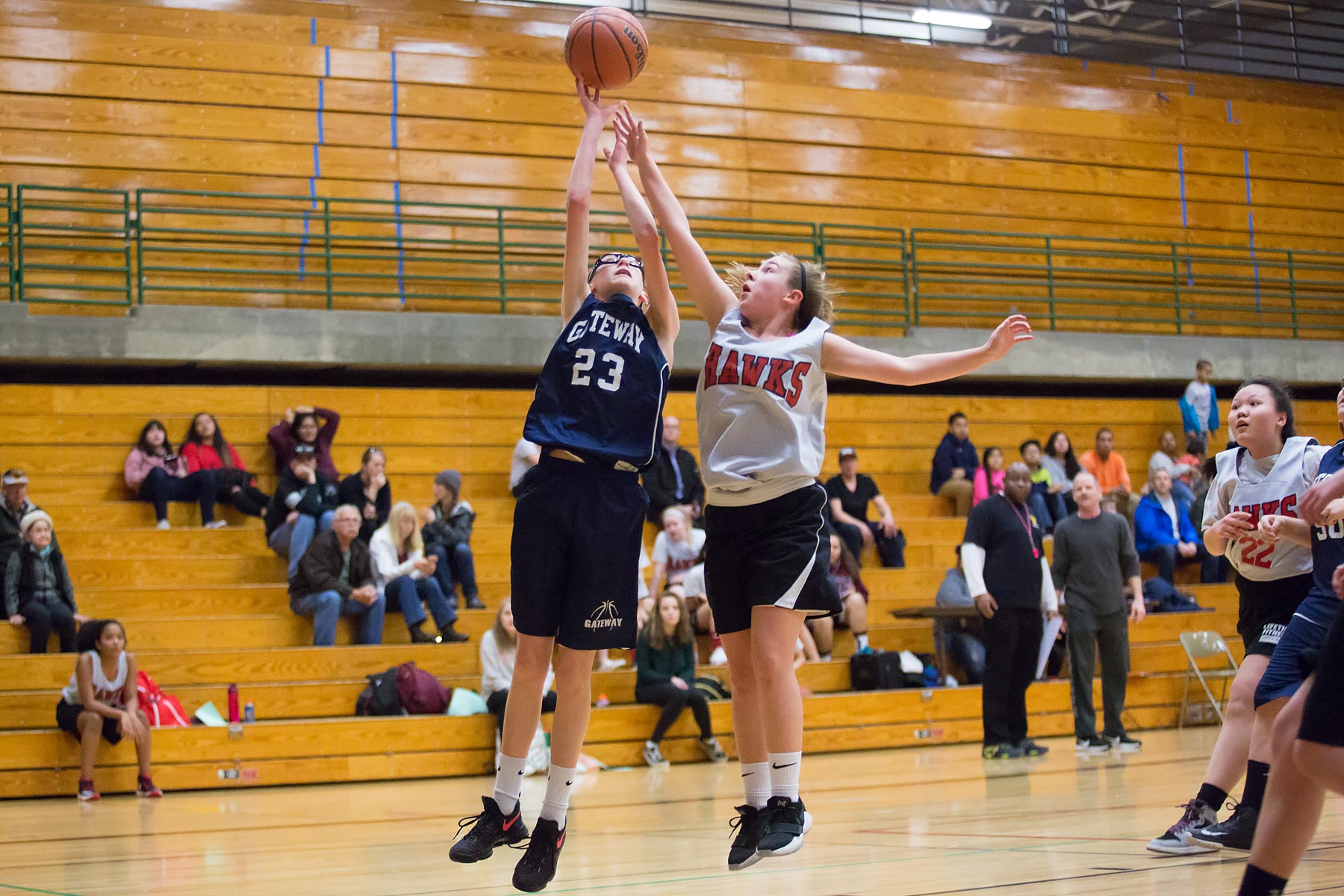 On Tuesday, the Heatherwood Hawks hosted the Gateway Middle School 7th grade girls in a hard-fought but ultimately lopsided game. After both teams got off to a slow start, with no points scored in the first five minutes, Gateway begin sinking shots (including two three-pointers that were scored as twos) and by the end of the first quarter, they led 10-2, and as the first half came to a close, the Hawks had added four more points to the board, and fallen behind 19-6.

As it was the first game of the season for both teams, team cohesion had not yet reached mid-season form, and few organized plays ran smoothly on either side of the ball. Instead, the experience of individual players on each team was the deciding factor in the game. During the third quarter, the strong defensive play of several Gateway girls held the Hawks to only two more points. In the final eight minutes of the game, the Hawks mounted a comeback, scoring more points in the quarter than they had in the previous three combined, but at the end of the game, Gateway remained out front, 41-20 (officially 39-20).