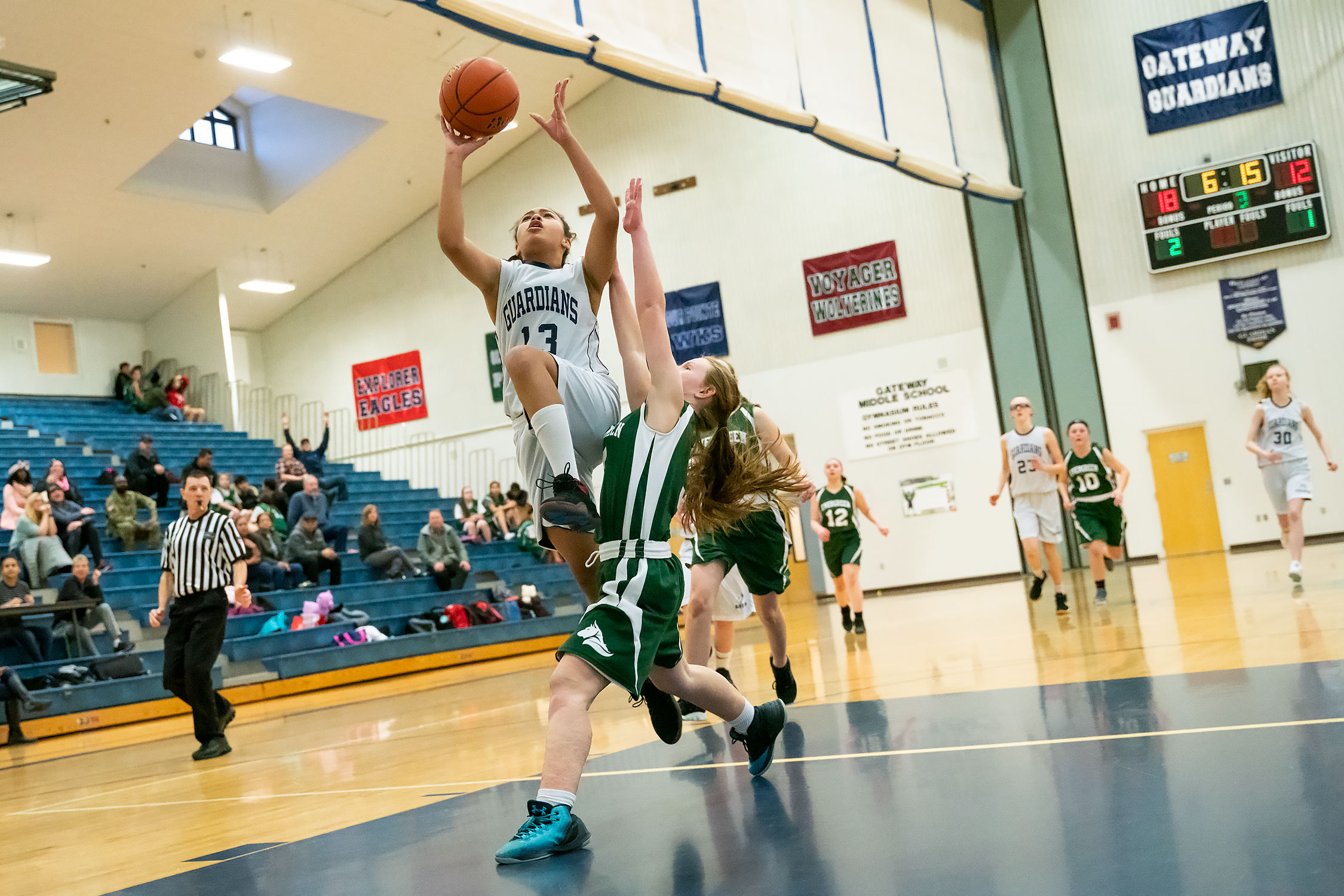 Thursday afternoon’s game was a showcase of strong defensive play by the Gateway Guardians, who managed to stuff nearly every shot taken by the Timberwolves in the first five minutes of the game.With just over two minutes remaining in the quarter, Evergreen hit a three-pointer to get on the board, making the score 6-3.

By the end of the quarter, Gatway’s lead had increased, 10-5, and then 13-5 midway through the second quarter, but then Evergreen began to claw their way back. For the next four and a half minutes, they held the Guardians scoreless and tacked on five points of their own to close the gap to only three points (13-10), but as the final seconds ticked from the clock, Gateway’s #23 sunk a long, half-court buzzer-beater to add three to their total going into halftime (16-10).

Gateway came out from halftime energized, driving through the paint to outscore score Evergreen 16-2 during the 3rd quarter, opening up a 20 point lead (32-12). In the final quarter Gateway’s offense cooled down, but their defense did not let up, holding the Timberwolves to five points in the remainder of the game. Final score 36-17. Winner: Gateway.