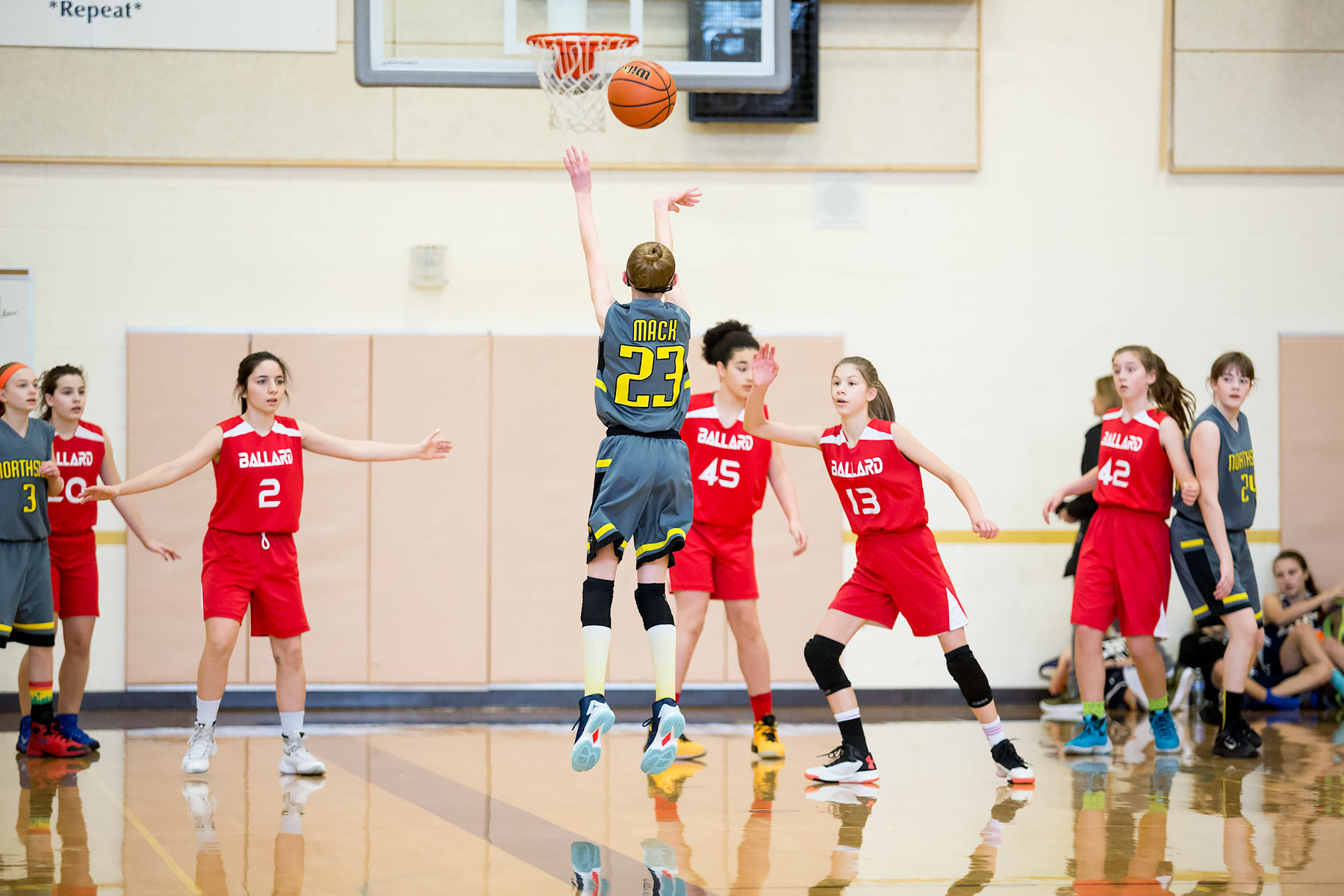 On Sunday afternoon, the 6th grade girls from Ballard met the Swarm for the championship game of the Alan Guffey Memorial Tournament. Both teams came out playing hard, and Ballard pulled out to an early lead, but the Swarm kept it close, with #23 sinking four of her five three-pointers in the first ten minutes of the game.  In the end, Northside couldn’t catch up, and Ballard became the tournament Champions.