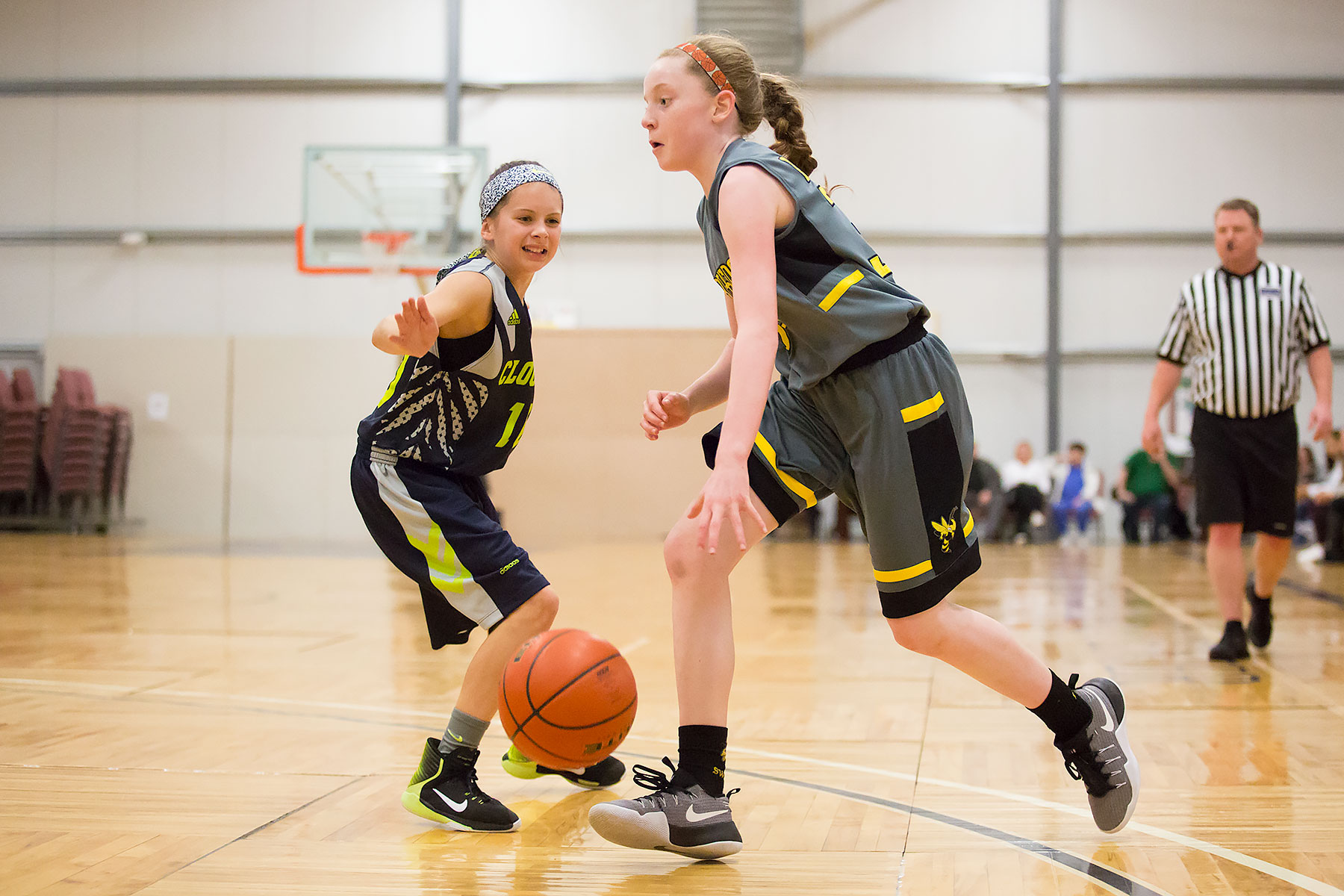 The 6th grade girls championship game of the 2017 Tulip Tournament was held in the dim confines of Burlington’s City of Refuge Church, between the Northside Swarm Gold and the Whatcom Elite. The tense, hard-fought game was close throughout, with the lead occasionally flipping throughout the first half, but mostly held by Northside. Midway though the second half, though, the Swarm’s scoring stalled at 22 points, and the Whatcom girls went on a 6-0 run, pulling ahead to a 27-22 point lead. Northside’s defense held Whatcom to only three additional points in the remainder of the game, but the Swarm’s score rose by only a single free-throw, and Whatcom prevailed with a final score of 30-23.