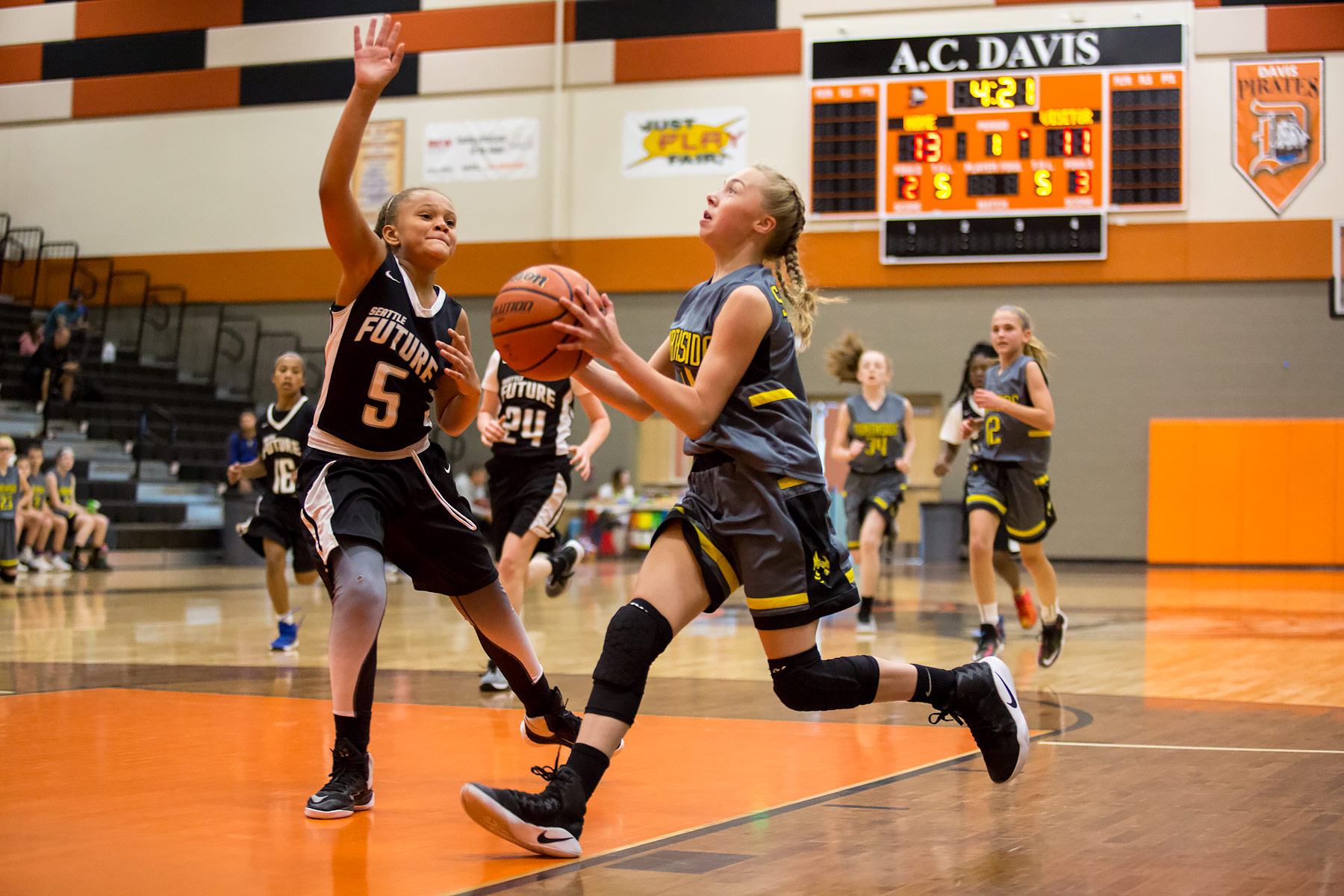 Best in the West Tournament 2017: Northside Swarm vs Seattle Future

On Saturday afternoon, the Seattle Future 6th-grade team matched up against the Northside Swarm in Yakima’s Davis High School. The Swarm came out strong, pulling ahead to a 9-2 lead midway through the first quarter, and leading 13-6 going into the second. During the following seven minutes, the scoring was dead even, with each team’s total rising by ten, with a halftime score of 23-16.

In the second half of the game, the tables turned. After a quiet first three minutes for both teams, the Seattle Future came alive and scored ten points in two minutes to tie the game at 26-26, and entered the final period with a one point lead at 28-29. Again, the scoring was dead even in the fourth, with both teams adding ten to their totals, and the game closing at 38-39 for a Seattle Future victory.