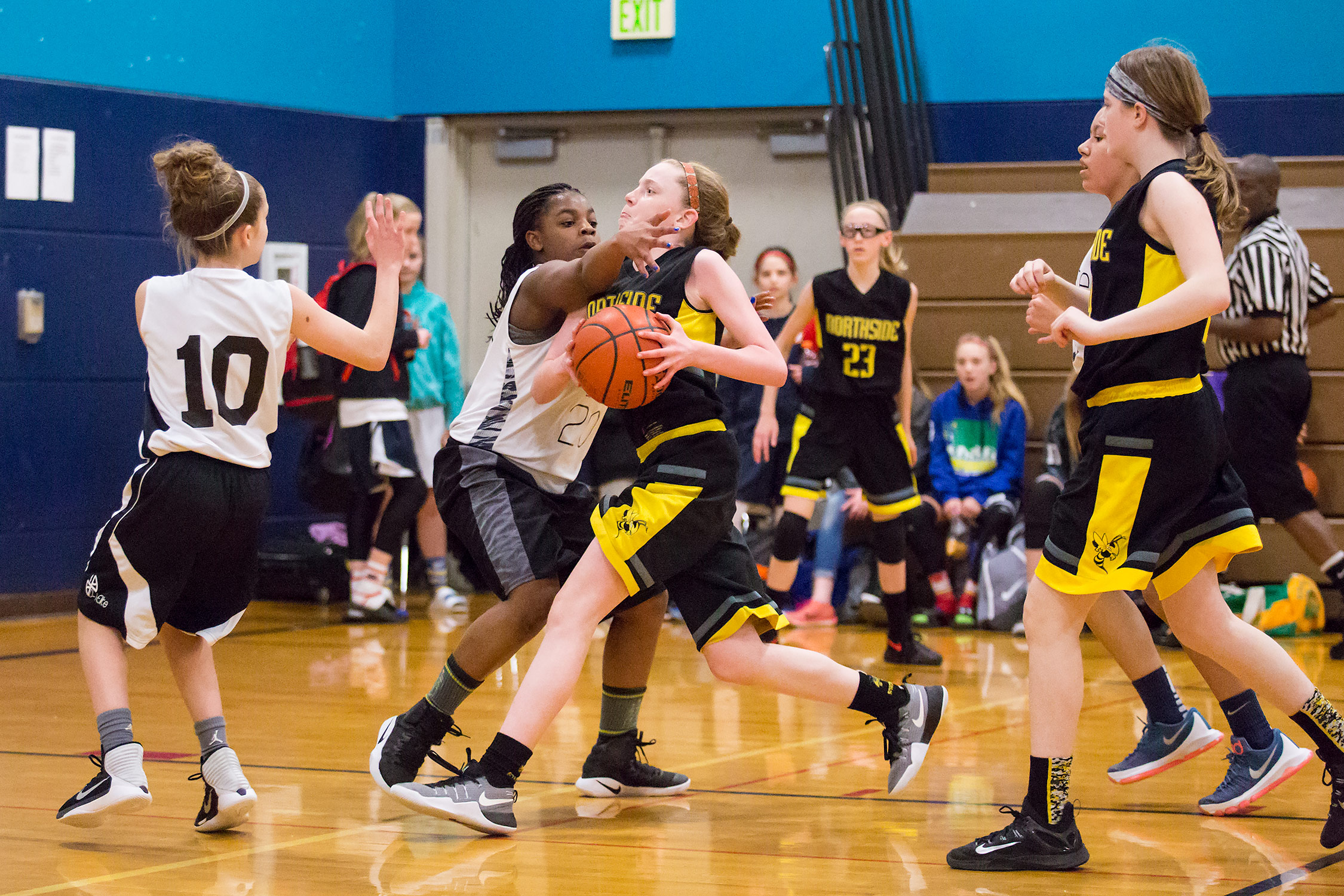 The D-1 Elite took on the Northside Swarm on Saturday afternoon in an evenly matched battle. Scoring was even for most of the first half. After seventeen minutes, D-1 Elite led by only three points, with a score of 12-15. In the final two minutes of the quarter, though, the Swarm fell into a shooting slump, missing even their open shots and layups, while in a minute-long run, the Elite sunk nearly everything, pulling ahead 12-25 with a minute and a half left before halftime.

In the second half the Swarm came out refreshed, outscoring the Elite 11-3 and closing the gap to five points at 23-28 with nine minutes left to play. Then the Elite surged, scoring six unanswered points in less than a minute. Scoring was nearly even for the rest of the game, leaving the D-1 Elite with a 13 point lead when the final second ticked off the game clock. Final Score: 30-43