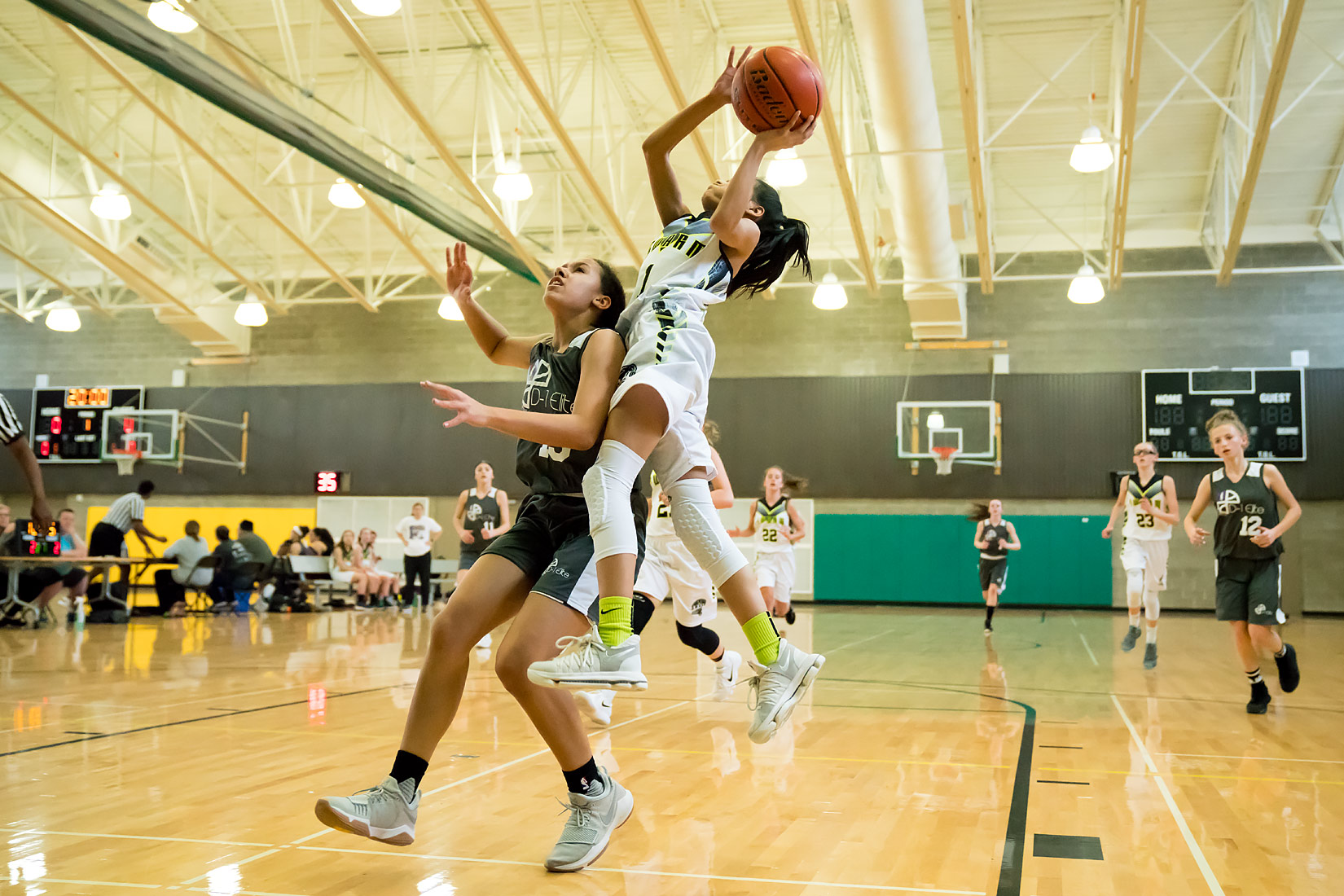 In the tropical heat of Auburn High School’s Gym #3, the D-1 Elite girls took to the court against the Washington Swarm in a game that came down to the wire. From the opening minutes, it was obvious that it would be a close game; though both teams scored within the first minute of the game, they remained at a stalemate for over seven minutes. But with little more than 12 minutes remaining in the period, the Swarm’s #1 muscled through the paint for a layup and broke the tie. The score remained 2-4 for the next three minutes, passing the halfway point of the period, until the Swarm’s #23 sunk a three pointer, and #24 followed just moments later with a free throw, making the score 2-8.

For a moment, it appeared that the Swarm might run away with the game, but the D-1 Elite girls suddenly stormed back. With six minutes left in the half, the Elite’s #1 dropped in both of her free-throws (adding to her team’s total for the first time in 13 minutes of play), and then the team quickly grabbed three more points. With 3:30 left in the half, the Elite’s #1 hit another free throw to tie the game at 8-8, and with 1:40 left, she hit one more to give the Elite their first lead of the game at 8-9. And they didn’t stop there. As the final seconds ticked off the clock before halftime, the scoreboard displayed 12-8, with the Swarm unable to add to their score in nearly eight minutes. 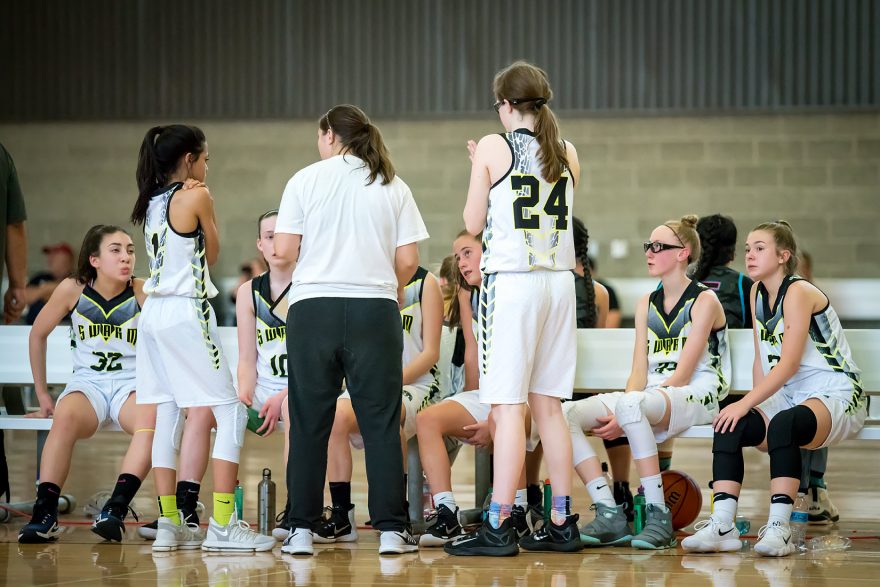 The second half began much the same as the first, with both teams scoring a pair of points in the early going, and by the halfway mark of the period, both teams had put another two points on the board, making it 16-12.  Midway through the half, the Swarm’s #1 rolled in a layup and hit her subsequent free-throw to bring her team within a point of D-1, and after both teams traded baskets, it looked like the game would stay tight (18-17).

But then the Elite began pulling away. With three minutes left in the game, the margin had increased to five points (24-19), and with 1:10 left, seven points (26-19), and it appeared that D-1 had the game in the bag. But then the Swarm’s #23 hit both of her free throws after a layup attempt, and #1 sunk both of hers (28-23) to keep the game close. With 16 seconds left on the clock, #23 rattled in an unlikely 20-footer, and the game was suddenly within reach at 28-26. Moments later, after D-1 had missed a shot and free throws, the Swarm’s #23 found the ball in her hands once more with just seconds left on the clock, and put up a final shot to tie the game.

But this time it didn’t find the net, and as the exhausted, red-faced girls scrambled for possession of the ball, the clock ticked down to zero, and the game was over. Final Score: 28-26, D1-Elite.