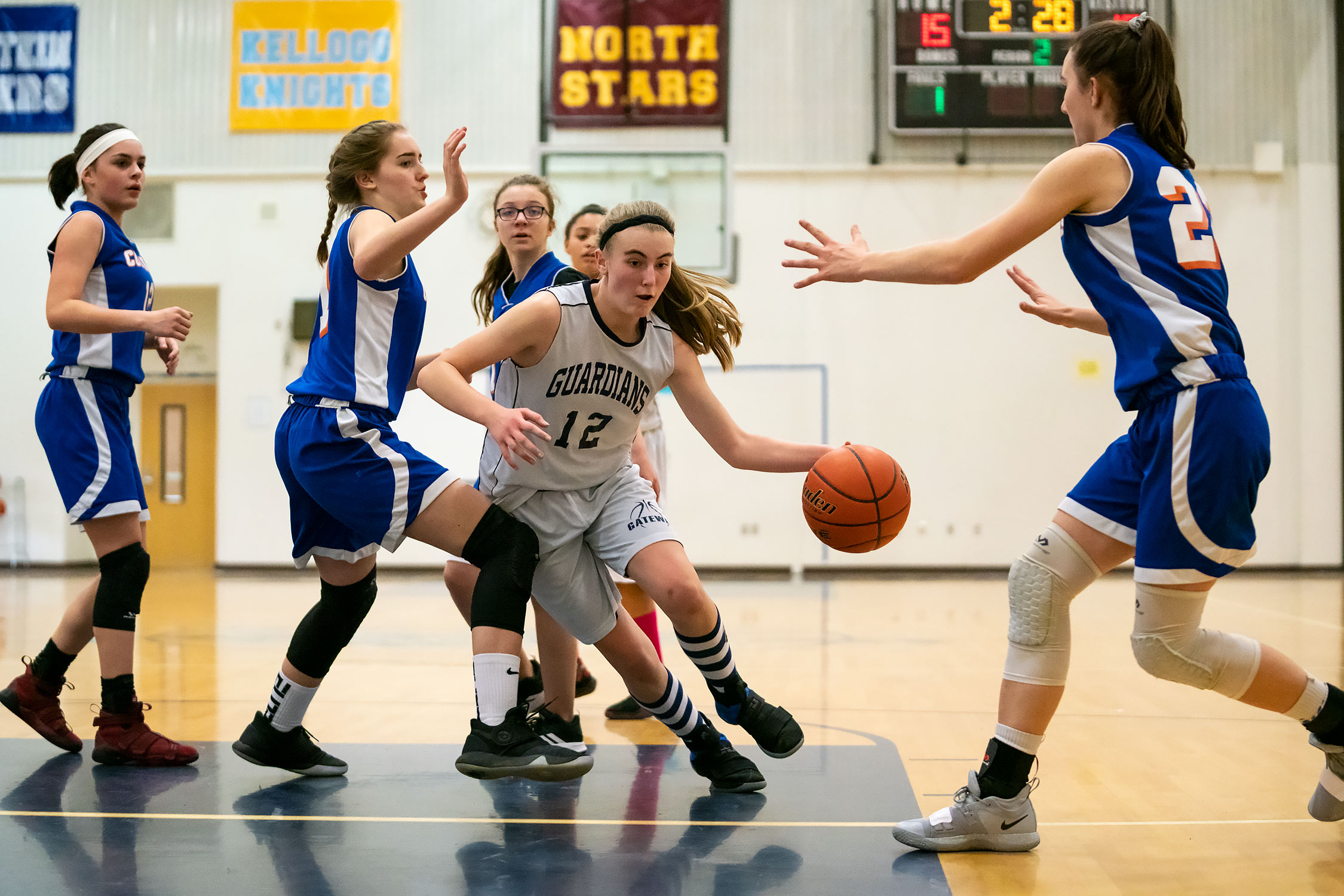 The College Place Cougars took on the Guardians at Gateway Middle School on Thursday afternoon in what turned out to be a tight, back-and-forth game, with Gateway showing off some of their best full-team play of the season and a standout first half by #12.

The game got off to a slow start, with the Cougars scoring a quick three points and then stalling while Gateway had only posted a single point from a free-throw at the midpoint of the quarter. A three-pointer gave the Guardians a momentary lead at 3-4, but College Place hit a three on their next possession to regain the lead. Then they started building on it: with just over a minute left in the quarter, they had jumped out to a comfortable 13-4 advantage.

But College Place didn’t get a chance to run away with it. Entering the second quarter with an 8-point deficit (15-7), Gateway made steady progress throughout the quarter by getting into the paint and taking safe shots. Just seconds before halftime, Gateway had pulled within two points (21-19), but went into the second half behind by 4.

In the first minute of the 3rd period, Gateway hit two free-throws to get within a shot, and with 6:12 still to go, the Guardians dropped in a shot from beneath the hoop to tie the game. Throughout the quarter, the score remained close, and after five minutes, the score was tied again at 27. The cougars regained a narrow lead at the end of the 3rd period, 29-27.

Another three-pointer by Gateway to start off the final quarter changed the lead once again and for the next six minutes they methodically added to their lead. With 2:30 to go, they were up 30-36, and 32-42 with 30 seconds to go. In the closing seconds of the game, the Cougars hit a three-pointer to keep the gap within single digits, but Gateway held on to win the game 35-42.