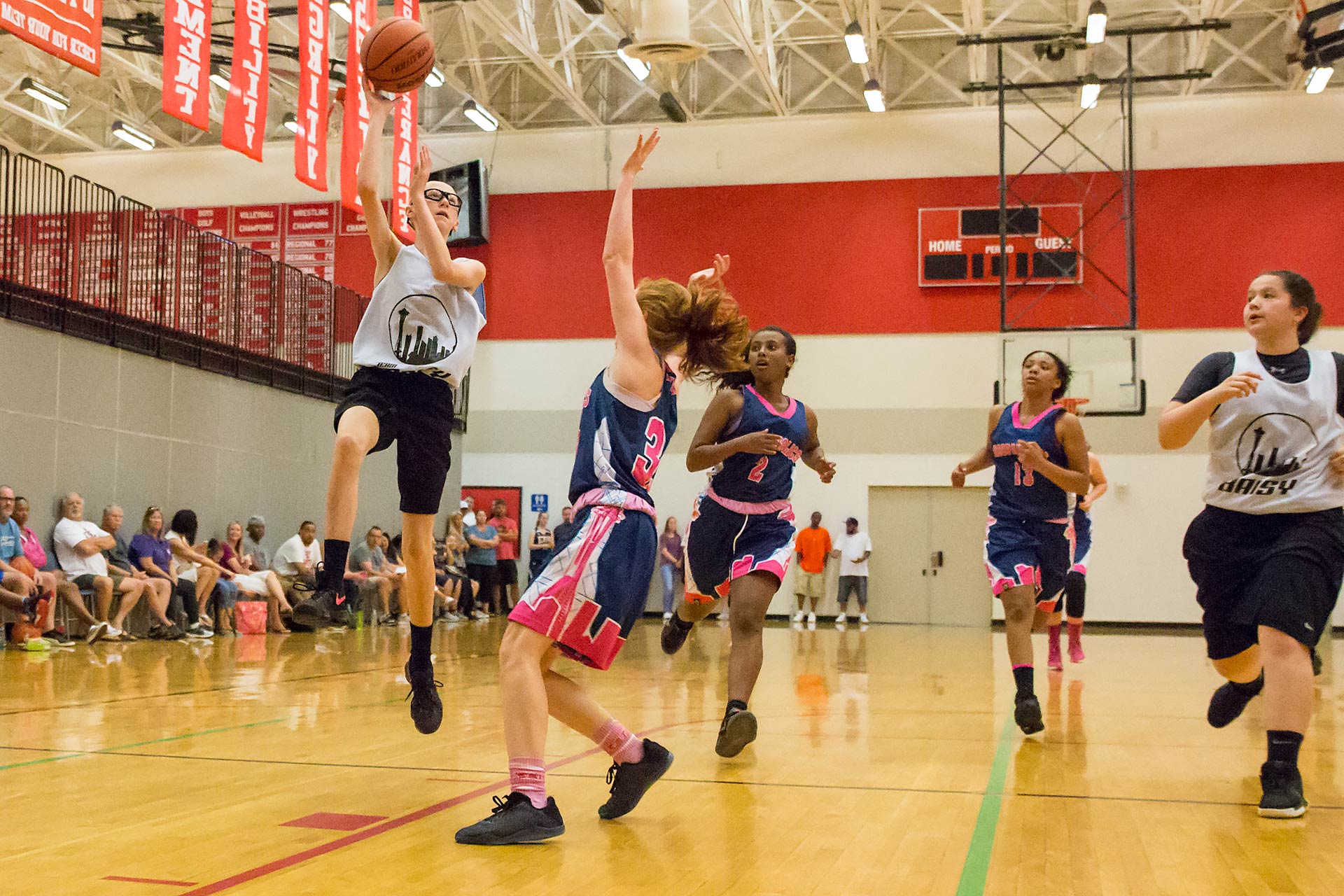 It was not a close game, but the Hoopaholics never gave up. After the first four minutes of the game, the Baisy 7th grade girls had pulled out to a 0-5 lead, and a couple of minutes later, it was 0-9. Midway through the half, the Hoopaholics started scoring, and for several minutes, they traded baskets with Baisy, adding 7 points while Baisy increased their score by 5, making the totals 7-14.

But the Baisy girls’ defensive slump didn’t last. With successive breakaway layups, they went on a 7-0 run, broken only when the Hoopaholics hit a free-throw with two minutes remaining in the half (8-21). After the Hoops hit a 2-pointer, Baisy went on another run in the final minutes, going into halftime with a score of 10-30.

In the second half, the Hoopaholics made some adjustments and held Baisy to only 20 more points while putting up 14 of their own, but they couldn’t find an answer to Baisy’s ball movement, and they couldn’t stop the turnovers forced by some well-played defense. Final score: 24-50, Baisy.