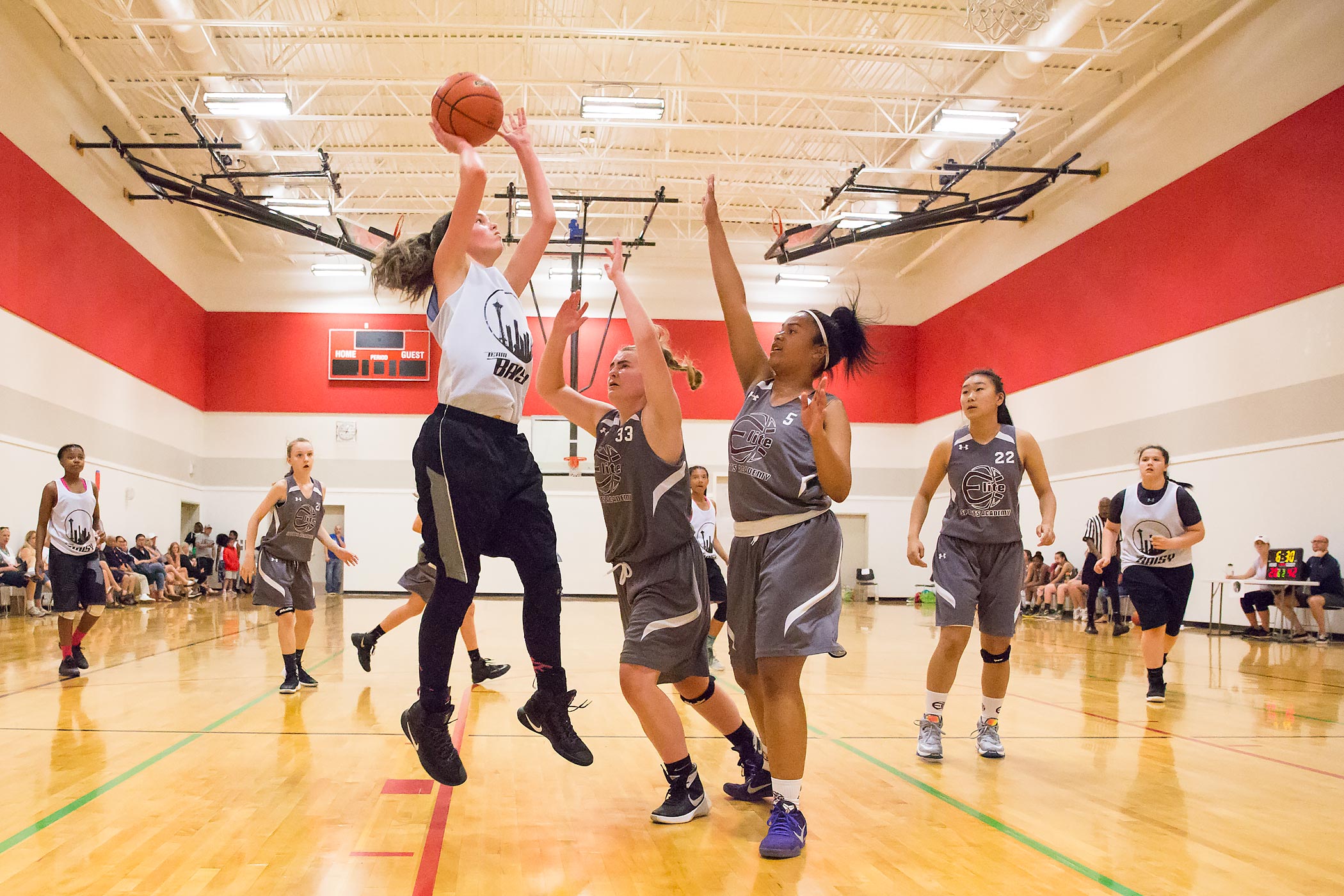 On Sunday afternoon, Elite Sports Academy took to the floor against a 7th Grade Team Baisy that had already secured the tournament win with their 3-0 record. After missed shots on both ends of the court, Elite took an early lead with a single freethrow, and then another single a minute later. Five minutes into the game, Baisy netted a layup to tie up the game at 2-2, and it looked like we were in for a tight defensive game. Moments later, the score was tied at 4-4 after both teams hit a pair of free throws.

With the period halfway expired and a 6-6 tie, team Baisy started pulling ahead on the strength of their ball movement and a series of fast breaks. Within two minutes of play, they doubled their score, ahead 6-12. Holding Elite scoreless for eight minutes, the Baisy girls scored another 12 points before Elite put two more on the board, making it 8-24, and then 12-26 going into halftime.

The second half opened much as the first did, with both teams putting four points on the board in the first few minutes, but then the Elite stalled while Baisy went on another run. Halfway through the period, the score had jumped to 18-38.  Though the Elite showed flashes of solid play, the remainder of the game followed the same pattern as well: the Elite were only able to get five more points on the board, with the score resting at 23-48 when the final buzzer sounded. Winner: Team Baisy.