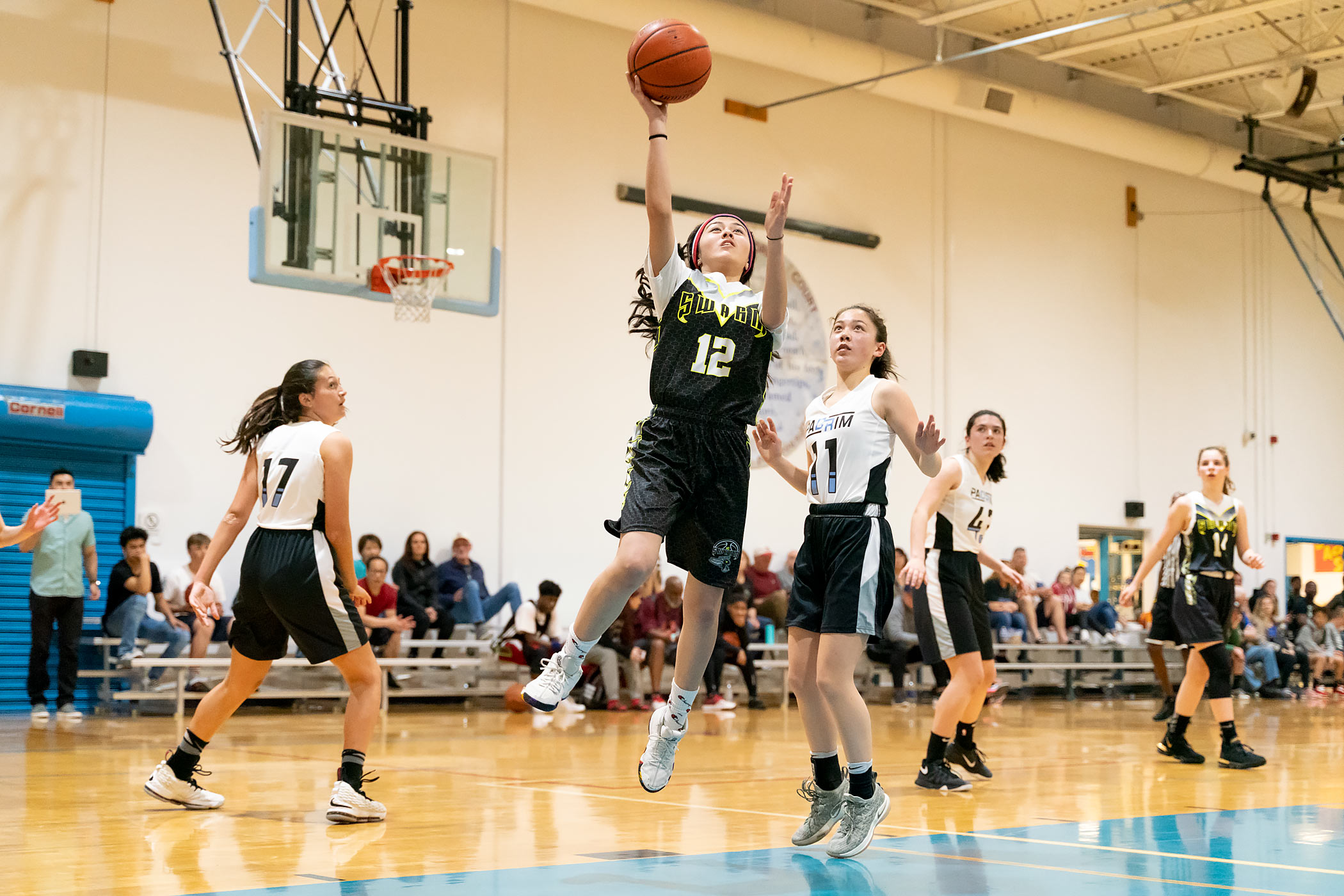 Saturday afternoon, the Swarm tipped off against a strong Pac Rim girls team at the Al Davies courts in Tacoma. After Pac Rim jumped out to an early lead in the early minutes of the game, the Swarm quickly fought back, keeping the score within just a few points for most of the game. At halftime, the Swarm trailed by a single point.

The second half continued the same way, with the Swarm finally taking a one-point lead after several minutes of play (23-22). Then, with ten minutes left on the clock, the Swarm sunk a three pointer, a pair of layups, and another three-pointer, quickly building an eleven point lead.

Pac Rim went cold, scoring only four more points in the next eight minutes, and when the final seconds ticked off the clock, the Swarm had a solid lead.

These photos are a little different than usual because I was testing a new Sony 135mm f/1.8 GM lens for most of the game. So, some shots will seem too tight or weirdly framed.