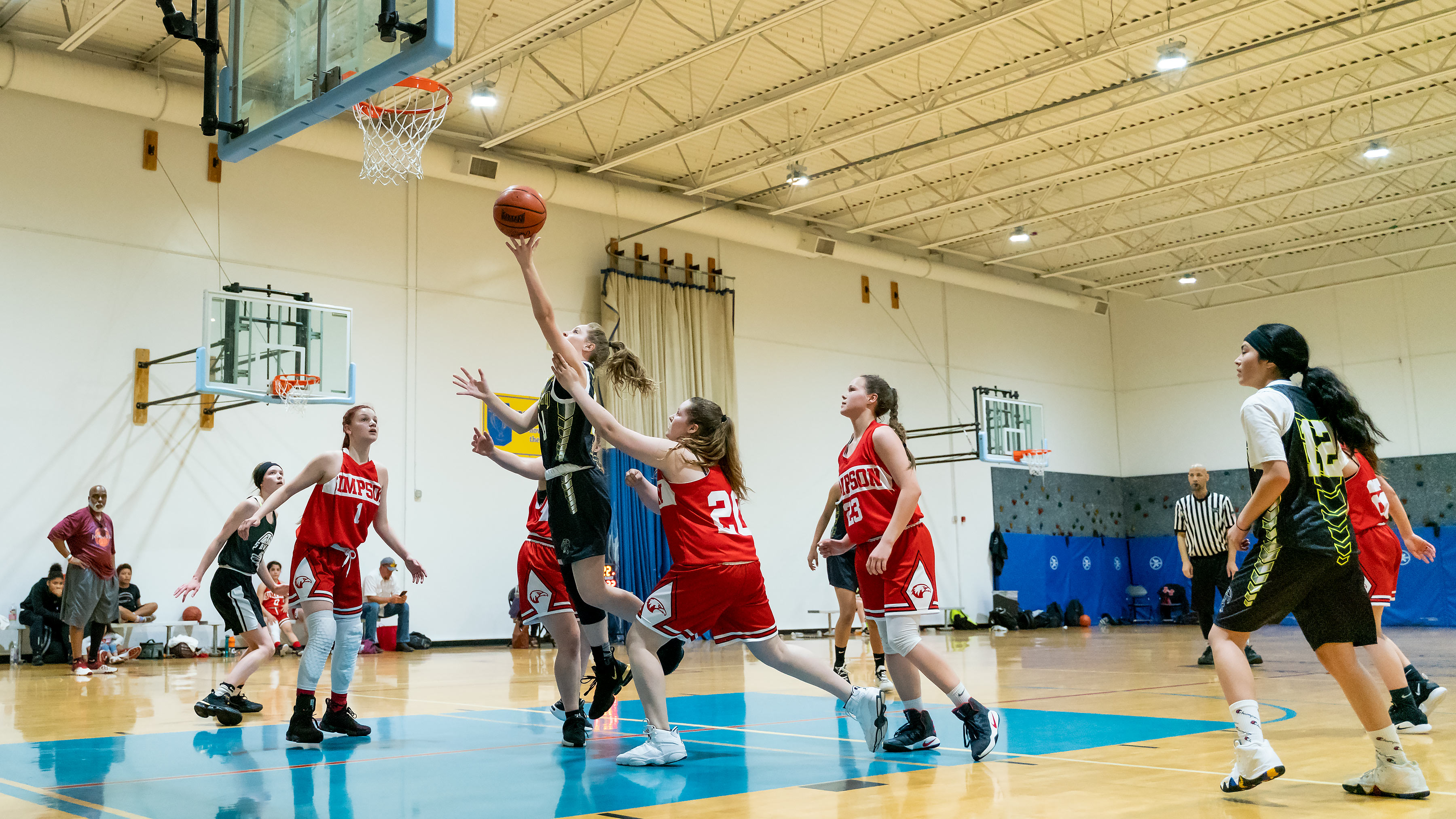 The Swarm vs Simpson game was never close, but not because the Simpson girls didn’t put in the effort. Two minutes into the game, the Swarm were up 8-0, but Simpson made their adjustments and after four more minutes, the Swarm’s lead had only grown by two (13-3).

Like the previous game, I was testing out a new lens: this one was a Sigma 135mm f/1.8 ART series, so many of these shots will be unusually close-up… but they should also be nice and sharp.