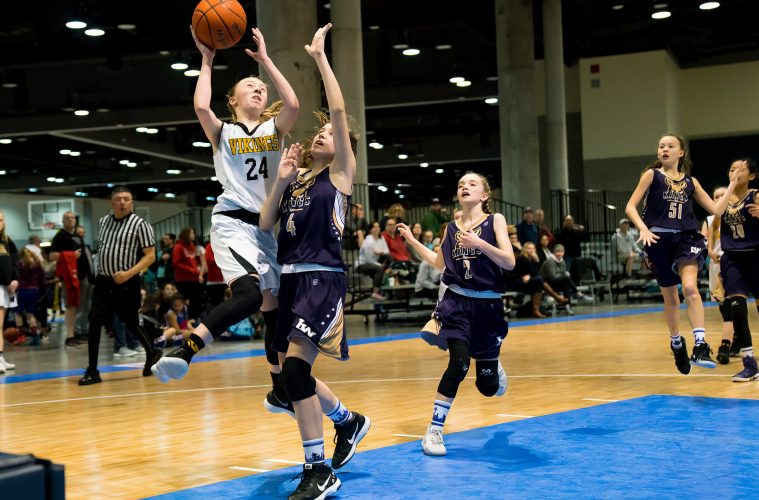 In their final game of the tournament, the Lake Washington Kangs lined up against the Inglemoor Vikings on court 12 of the Spokane Convention Center. The two teams were well matched; both athletic, and only a couple of the Kangs players were significantly taller than the Vikings. As the first half got under way, defense didn’t appear to be the priority for either team, but the score remained tight: 11-11 after the first six minutes, and at halftime, the scoreboard read 24-20, with the Kangs just ahead, though there was some dispute about the board’s accuracy.

From my vantage point in the second half, I couldn’t see the scoreboard. Ultimately, the Kangs pulled ahead and won the game, 55-37.