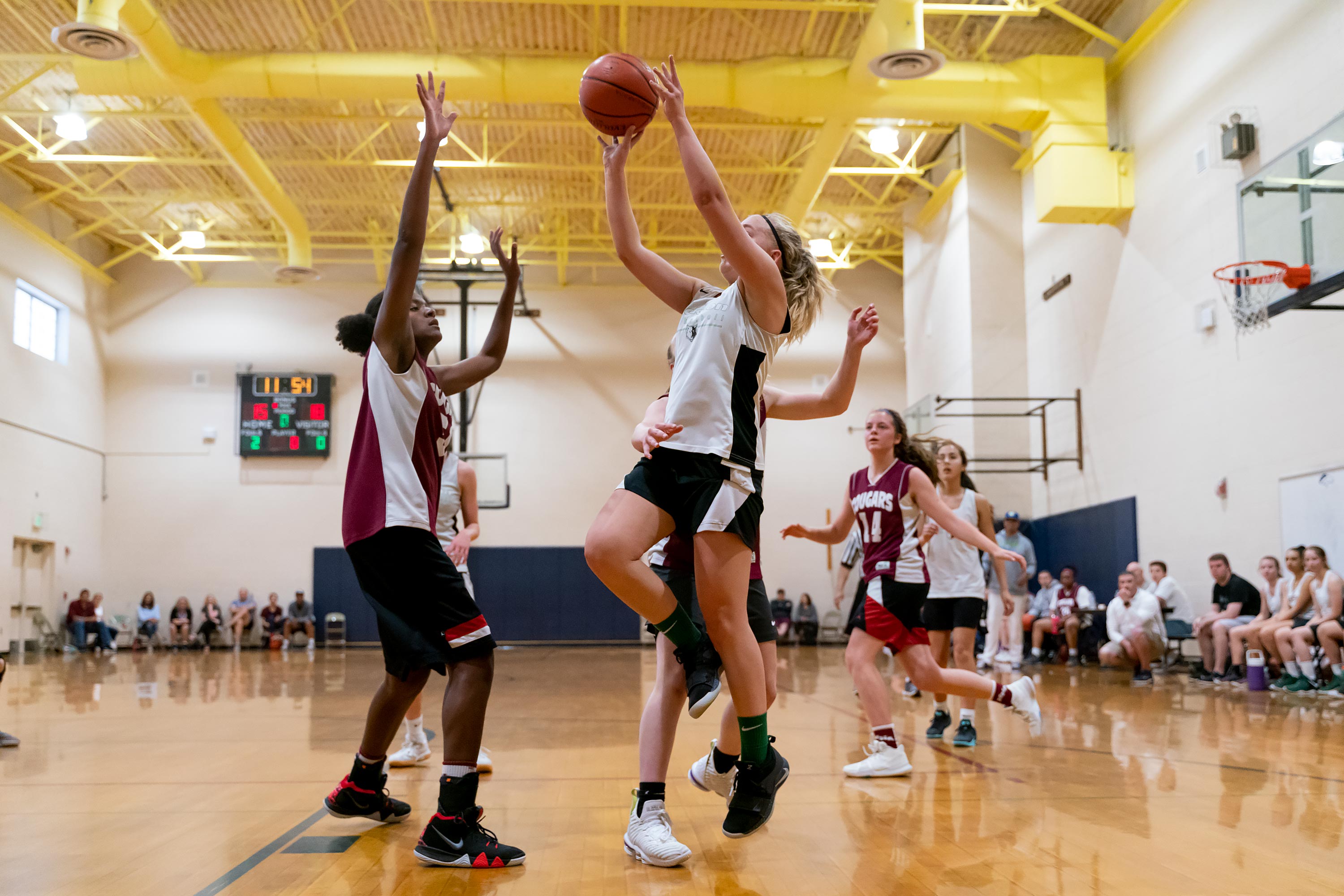 Fouls were the deciding factor in Saturday afternoon’s physically played game between the Holy Names Cougars and the Jackson Timberwolves varsity girls. With two minutes left in the game, the totals were 17 to 6, with 17 fouls called against Jackson.

The game didn’t start out so lopsided. In a low-scoring first half, Jackson took an early lead of 7-2 with well-rounded shooting: a pair of free-throws, two from the paint, and a three pointer. At the midway point of the period, the Cougars had caught up and the score was even at 7-7 (and so were the foul calls, at 3-3).

Moments later, though, the game changed. A foul called against Jackson and the made free-throw put the Cougars ahead by a point. Jackson quickly scored to regain the lead at 9-8, but as the fouls piled up against them, they were unable to score again for the remainder of the period (fouls called in the second half of the period: 6 against Jackson, 1 against Holy Names). At halftime, the score was 9-15. Jackson has been called for as many fouls as points they had scored.

As the second half got underway, Jackson began scoring again, and with 11:11 on the clock, two free-throws brought Jackson within a point (17-18 score, fouls 2-1 in the half).

But then, over the next few minutes, four more fouls were called against Jackson while the Cougars rebuilt a six-point lead, and heavy contact from defenders kept the Timberwolves off the board. With just over two minutes remaining in the game, and an 8-1 foul differential, Holy Names led 29-19. In the final minutes, aided by three calls against the Cougars, Jackson mounted a comeback, closing the gap to 6 points with 51 seconds on the clock, at 29-23, but it was too late to recover. Final Score: 31-23. Winner: Cougars.