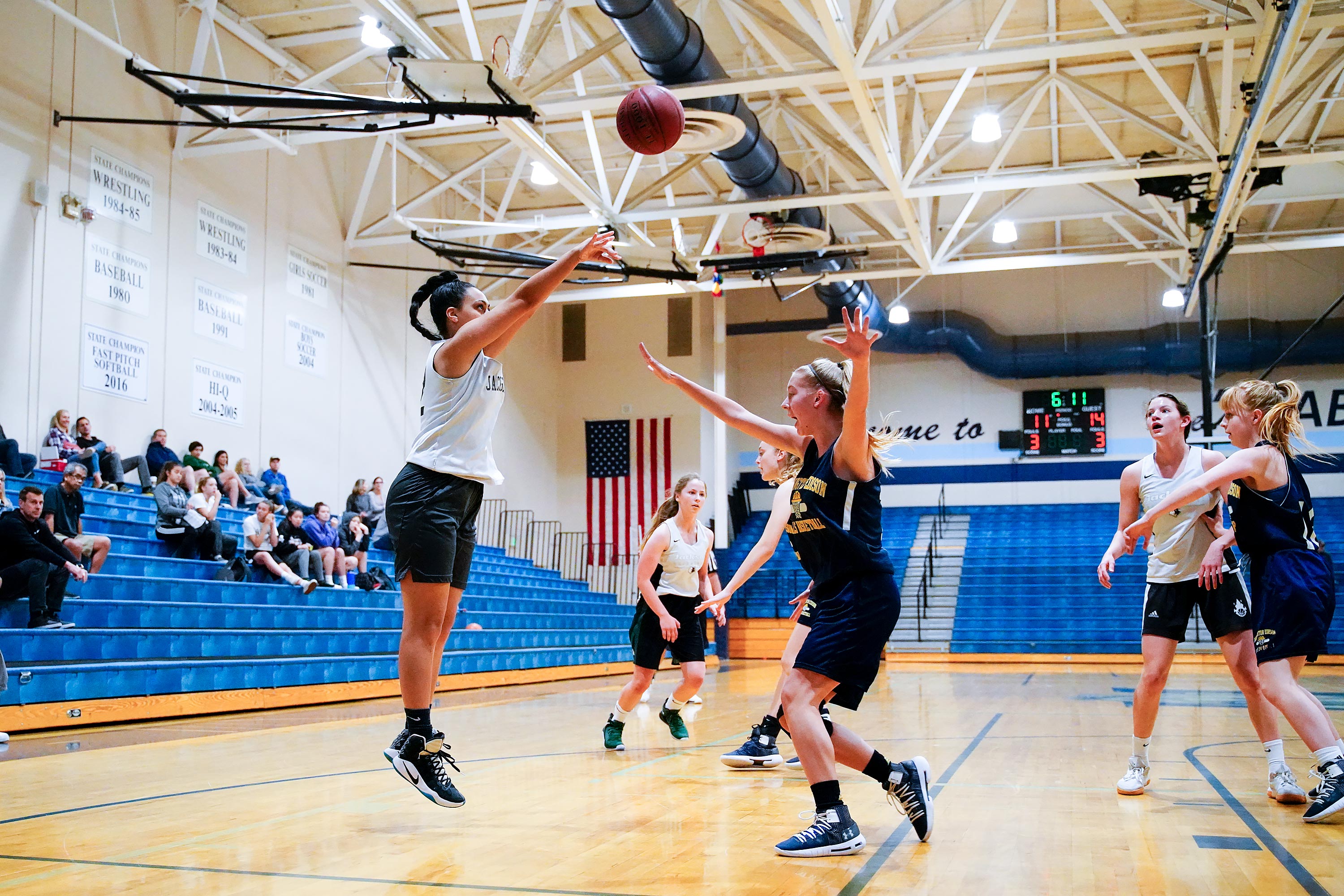 In the 11:00 AM time-slot of the Edmonds Summer Shootout on Saturday, the varsity girls of Burlington-Edison tipped off against the Jackson Timberwolves. In a hard-fought first half, Jackson took a narrow early lead of 4-1 and held onto it for the first few minutes before Burlington tied the game at 5 and then again at 7 with 13:50 on the clock.

From there, Burlington-Edison edged out ahead, building a five point lead over the next eight minutes, only have to it disappear as Jackson fought back to re-take the lead at 17-16 with four minutes left in the half. With 3:47 on the clock, Jackson made it 20-16 with a 3-pointer from the top of the key, and they took a 20-18 lead into halftime.

The second half looked a lot like the first, at the beginning. Jackson held their narrow lead for about five minutes, before Burlington caught them. This time, though, Burlington-Edison kept plowing ahead, building a ten point lead by the midway point of the period, and adding another 11 points to their lead over the remaining ten minutes. Final Score: 57-36. Winner: Burlington-Edison.