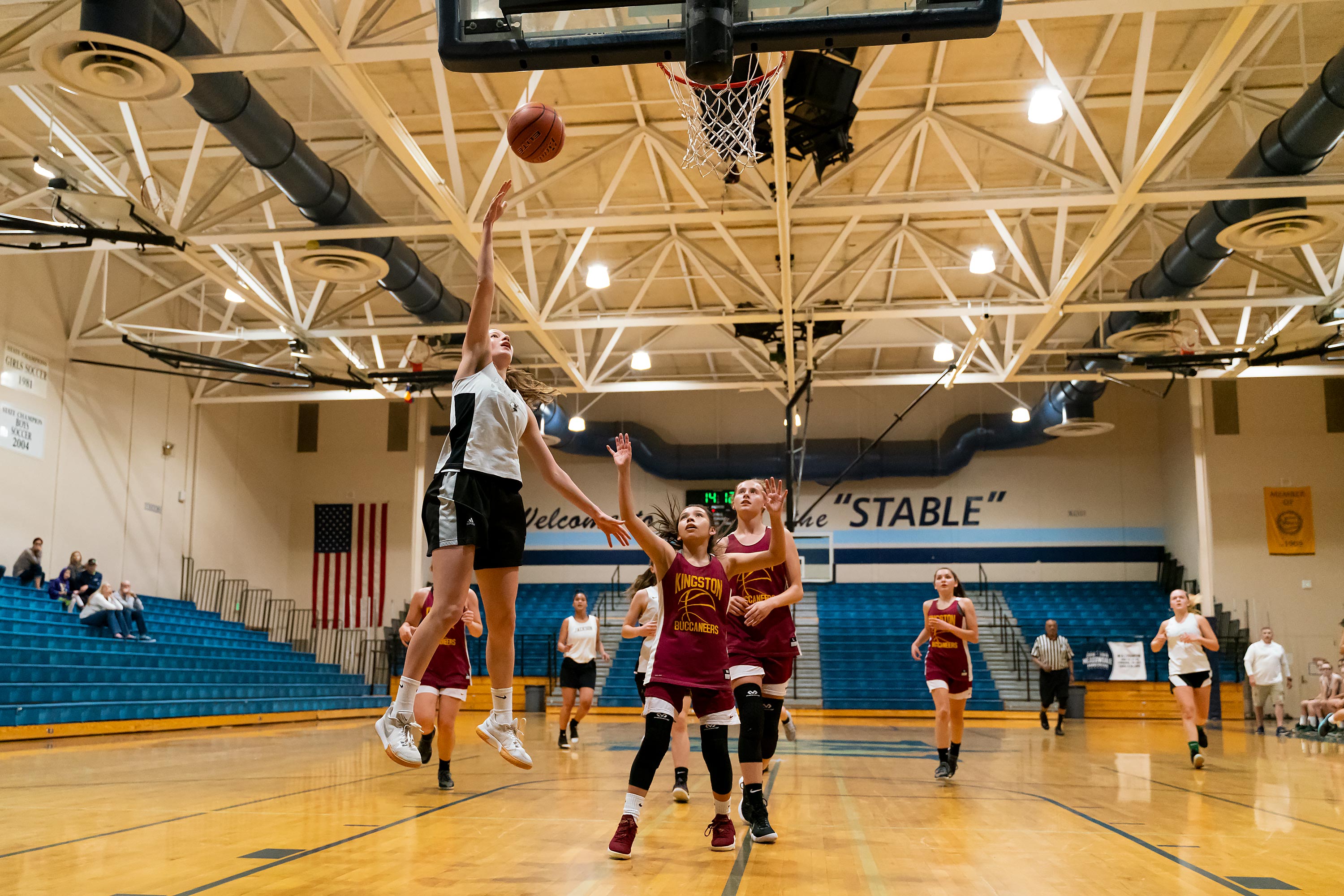 Jackon’s girls met up with the Buccaneers on Saturday morning on the hardwood of Meadowdale High School, and after an opening lull, the teams kept the score close as they raced to a 9-point tie near the midway point of the first half. From there, however, the Timberwolves took over the game, scoring 20 unanswered points over the next eight minutes. As the clock wound down, Kingston got back on the board with a pair of shots from the floor, but entered halftime 18 points behind Jackson, at 31-13.

After regrouping, the Buccaneers returned to the court and began closing the gap. In the first three minutes, they scored seven points (34-20), then added two free-throws to close the gap to twelve points. With eight minutes left in the game, the score was 36-26.

But that was as close as they got. Moments later, the Timberwolves got hot again, outscoring Kingston 13 to 2 in the remaining minutes of the game. Final Score: 49-28. Winner: Jackson