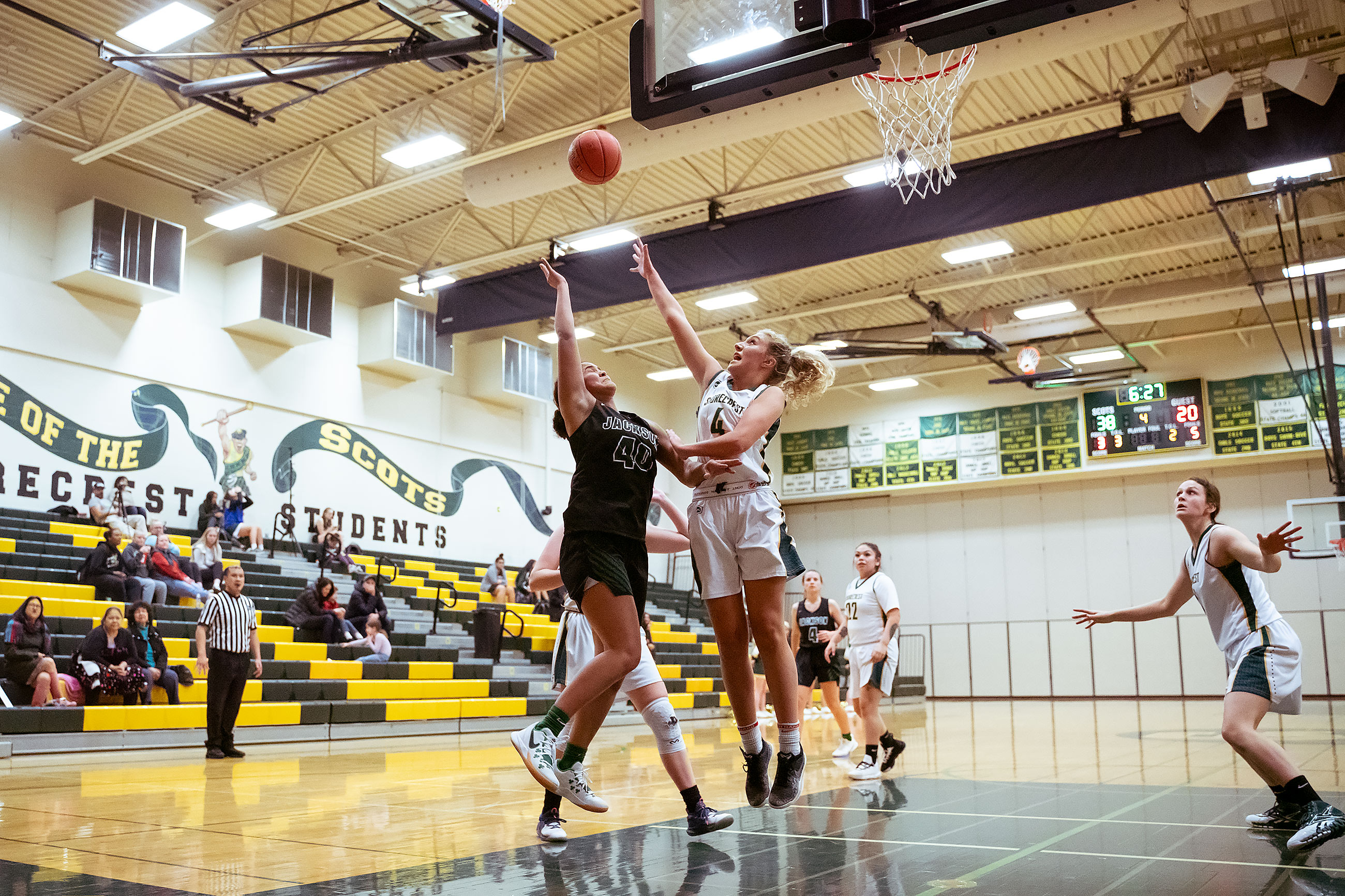 In their first game of the season on Tuesday, Jackson went on the road to take on the Shorecrest Highlanders. After the Scots jumped out to an early lead, Jackson fought back to keep the game close throughout the first half. With two minutes left in the period and Shorecrest leading by a single point (16-15), the Highlanders pushed ahead again, building a six point lead with only 50 seconds left on the clock. But the Timberwolves answered, with Abby Grayson hitting a 3-pointer from the top of the key and Emma Merwin driving in for a weak-side layup just as the period expired. Halftime Score: 22-20, Shorecrest.

Jackson’s offense fell silent in the third quarter, unable to add a point to their total during the duration, while Shorecrest continued to chip away at Jackson’s defense. The Timberwolves held the Scots to only two points for the first three minutes of the period, but then the game began to escape from them. Over the course of a minute, the Scots added six more points to their total, increasing their lead to 10 before Jackson’s defense got back on track, and held them to four points in the remaining four minutes of the quarter.

In the final quarter, Jackson’s offense came back to life, adding nine more points, but it was not enough to close the gap with a Shorecrest team that had added another 20 points in the quarter. Final Score: 54-29. Winner, Shorecrest Highlanders.