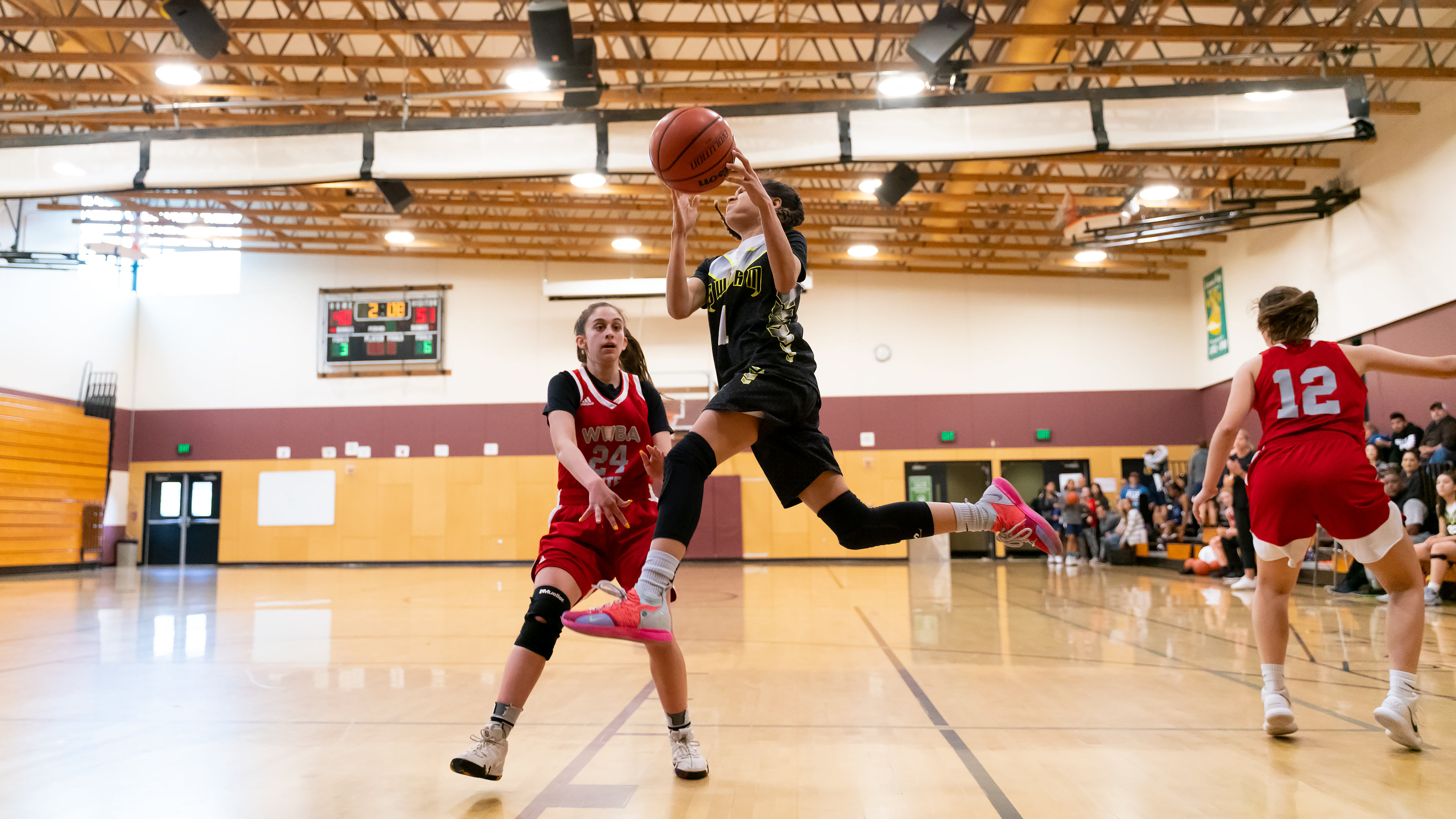 The referee turned to me and said “This is a foul-fest!” about ten minutes into the game. And he was right; it was a very physical game, and it turned out to be a very close one.

With the physical play, it was not surprising that the WVBA girls were the first to put points on the board with a pair of free throws, but the Swarm came right back with a three-pointer from the top of the key. The score remained close for several minutes, and was tied at 10 when the Swarm hit another three pointer to take a lead that they then built up to 18-10 with 6:30 left in the first half.

In the second half, it looked as though the game might get out of hand. After two minutes of play, the score was 24-35, but then the Swarm were able to slow things down and start closing the gap again. With another three pointer, the Swarm closed the gap to 30-37 with 9:40 left in the game, and they were within a single shot again at 34-37 and 8:00 minutes to play, and with 5:40 left, the WVBA lead was down to two points: 38-40.

But then the tide turned again, and while the Swarm had plenty of opportunities, their shots couldn’t seem to find the net, the WVBA went on an 11-2 run. With 2:47 left in the game, the score was 40-51.

In the final minutes of the game, though, the Swarm made a come-back run of their own, scoring nine unanswered points. With thirteen seconds on the clock and trailing by two points, the Swarm had the ball and time for a shot, but it this time, their shot was off the mark, and the clock expired. Final Score: 49-51, WVBA.