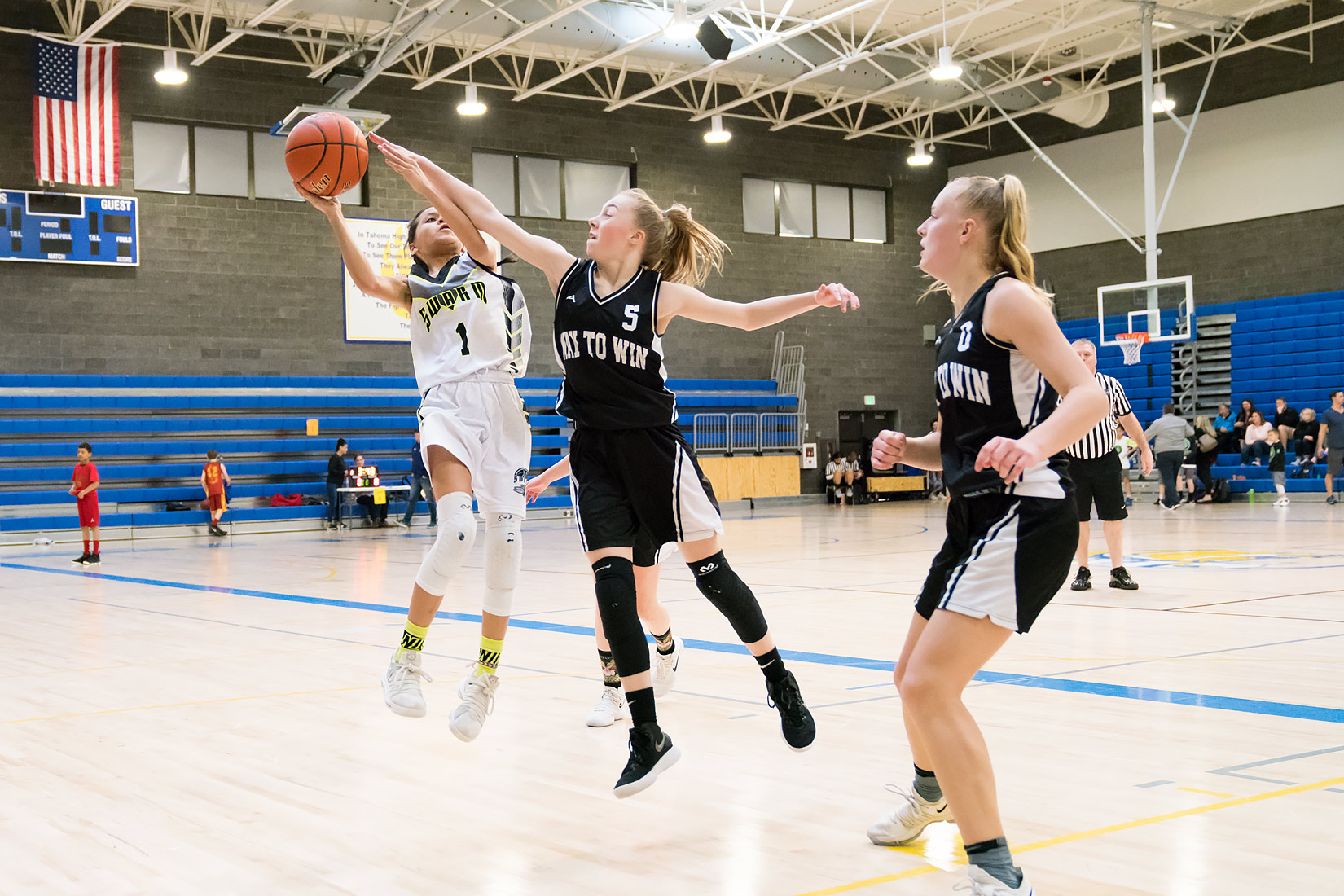 After Sunday morning’s win against EBC, the Swarm returned to the same Tahoma High School court to battle Way to Win (WTW) for a tournament medal. WTW scored first, and followed it up with a free throw for an early 3-0 lead, but the Swarm quickly matched them and pulled ahead after three minutes of play, 3-5.For the next few minutes, the game remained tight: WTW tied the game again on the next possession, but moments later, the Swarm were up again, 5-7. With six minutes elapsed in the first period,  WTW tied the game again, and seconds later regained the lead at 10-7. But the Swarm kept it close, still trailing by only three points after 13 minutes of play, 15-12.

But with only two subs available on the bench, the Swarm started to slow down as the half wore on. Five minutes before halftime, WTW had increased their lead to five points, and then nine points with three minutes to go. Going into halftime, the score was 31-14, a seventeen point difference.

The second half followed the same pattern: after six minutes of play, the Swarm had outscored WTW, and closed the gap to 13 points. But 15 minutes in to the half, it was clear that the Swarm were wearing down, and WTW began to increase their lead again. With 3:26 left in the game, WTW increased their lead to 18 points at 45-27, and in the final minutes, they increased their lead by another five points. Final Score: 52-29, Winner: Way to Win